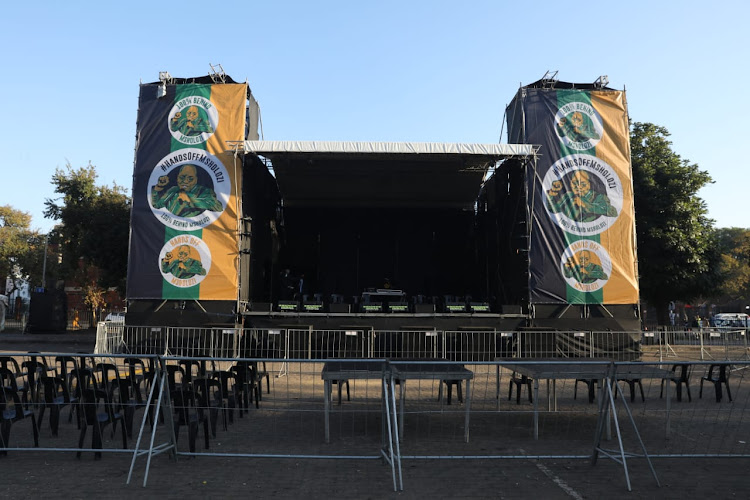 The scene is set outside the Pietermaritzburg high court on Wednesday for pro-Jacob Zuma supporters.
Image: Sandile Ndlovu

Hawkers selling ANC memorabilia have set up stalls around Freedom Square, where a stage has been erected for Zuma to address supporters after court proceedings.

Supporters wearing T-shirts with the slogan “Hands Off Zuma” were arriving for what appears to be a large rally. Some had stayed overnight in the precinct.

When the proceedings resume, Zuma will have to prove to the court that Downer, who has spent close to 15 years trying to bring him to book, is not entitled to prosecute him.

Former SAA board chairperson Dudu Myeni followed in the footsteps of her close ally, former president Jacob Zuma, and decided to show the state ...
News
6 months ago
Next Article