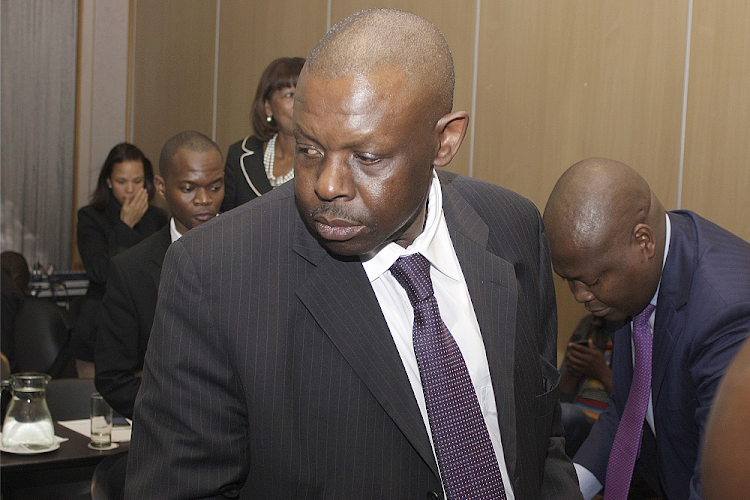 Western Cape judge president John Hlophe has withdrawn as a judge from the case in which public protector Busisiwe Mkhwebane is challenging the constitutionality of parliament’s impeachment rules.

SowetanLIVE's sister publication TimesLIVE has reliably learnt the judge president said in a letter to the parties on Monday that he was withdrawing, having considered a letter from the DA seeking his recusal last week. His stated reason was public statements made by himself and his lawyers.

Hlophe had originally allocated himself along with judges Elizabeth Baartman and Mokgoatji Dolamo to hear the politically sensitive case, which is scheduled to begin on June 7.

Mkhwebane is challenging the constitutionality of parliament’s new impeachment rules, which have only recently been developed and are to be used for the first time in the impeachment process against her, which is still in its early stages.

The DA brought the motion to impeach Mkhwebane in parliament and is therefore a party to the case.

Aspirant judge grilled over his relationship with Hlophe and family

The early part of the interviews for positions on the Western Cape bench seemed to revolve around the dark cloud hanging over judge president John ...
News
1 year ago

One court day before the start of the public protector’s court case — on June 4 — the Judicial Service Commission (JSC) is expected to meet to consider whether Hlophe is guilty of gross misconduct and should himself face impeachment proceedings in parliament. This comes after a Judicial Conduct Tribunal found him guilty of gross misconduct, saying he had, in 2008, attempted to influence the outcome of a Constitutional Court judgment in favour of former president Jacob Zuma.

At the time Zuma was president of the ANC and the judgment, connected to corruption charges against him, was widely believed to be critical to his chances to become president of the country.

According to the constitution and the JSC Act, the tribunal’s finding must be confirmed by the JSC before it can be referred to parliament.

The JSC also said in April that Hlophe could not, in law, be suspended until the JSC had made a decision that he is guilty of gross misconduct. However, the JSC has in the past taken more than a year to make a decision on tribunal findings.

It is understood Hlophe’s stated reason for withdrawing was not related to the JSC process but to public utterances he has made and that have been made on his behalf by his lawyers.

Hlophe has over the years been vocal in his view that the DA has vociferously campaigned against him, a claim his legal team recently repeated in submissions to the gross misconduct tribunal.

EXPLAINER | Hlophe has been found guilty of gross misconduct, now what?

Section 177 of the constitution provides for the process of impeaching a judge - and Western Cape judge president John Hlophe could become the first ...
News
1 year ago
Next Article