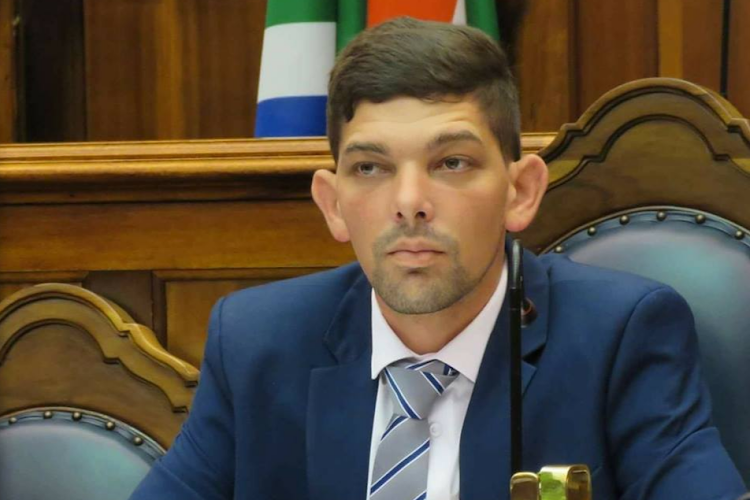 Mitchell fills the vacancy left by Bonginkosi Madikizela, who resigned last month after a scandal about his academic qualifications.

Mitchell, 35, will become the youngest member of Winde’s cabinet and the first to come from Beaufort West in the Central Karoo district.

“I know Daylin to be a hard-working representative who is committed to making the Western Cape a better place for all who live in it, and I am confident he will continue to serve the people of this province with distinction in this important position,” Winde said on Monday.

“As chairperson of the standing committee on transport and public works, he is already familiar with the challenges and opportunities that exist in this portfolio and I expect him to hit the ground running.”

Embattled DA Western Cape leader Bonginkosi Madikizela has pleaded with the party not to destroy his political career after he admitted to having ...
News
3 months ago

Mitchell is originally from Beaufort West and is the first provincial cabinet member from that town.

“I also think it is about time Beaufort West was represented in this government’s cabinet. I want the provincial minister to ensure the voices of residents from smaller towns are always heard as we work hard to deliver jobs, safety and dignity to all corners of this province.”

Winde said a high percentage of the province’s residents are under 40, and appointing a young representative to the executive was important.

“There is enormous talent and energy among our youth, and their voices also need to be heard, especially when important executive decisions are being made. I am certain Daylin will contribute to the diversity of my cabinet in this way,” he said.

Mitchell’s goal is to ensure the department of transport and public works plays an important role in delivering the strategic objectives of the provincial administration, which is to create a safe province where residents have jobs and live with dignity.

Western Cape DA leader Bonginkosi Madikizela has resigned as provincial party leader after a scandal over his qualifications a fortnight ago.
News
3 months ago

Bonginkosi Madikizela has been caught up in a qualifications falsification saga which has seen him suspended from his government post and resulted in ...
News
3 months ago
Next Article