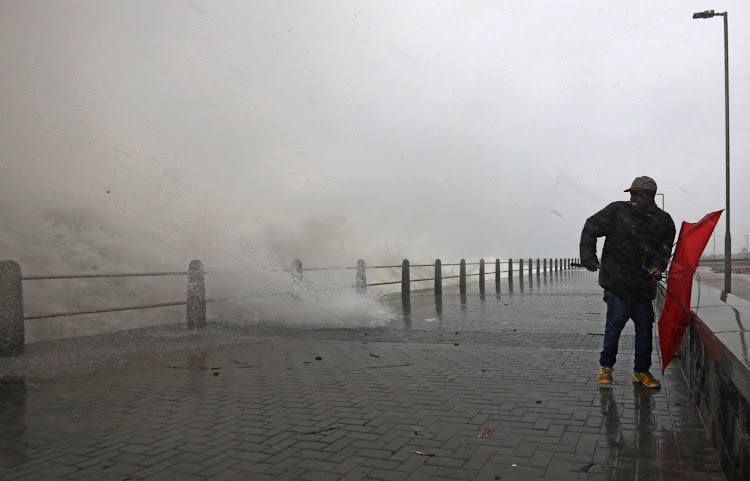 A man's umbrella suffers the consequences of gale-force winds and heavy rain on the Sea Point promenade during a previous storm in Cape Town. File photo.
Image: Esa Alexander/Sunday Times

Localised flooding has been reported in Cape Town after heavy rainfall that began on Wednesday night and continued into Thursday.

“Various roads across the city were flooded due to blocked drains,” it said.

Overnight rainfall figures showed widespread rain across the city, the winelands and parts of the Overberg.

Mountains to the north of the city received a dusting of snow, with more expected overnight on Thursday.

A series of cold fronts are moving inland where temperatures are expected to plummet, the weather bureau reports.