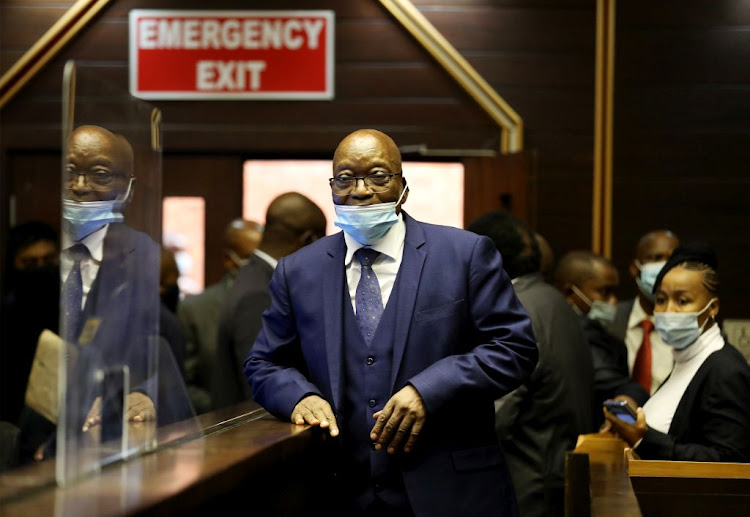 Former president Jacob Zuma will plead not guilty to corruption charges and he wants the state’s lead prosecutor, advocate Billy Downer, out.

Zuma’s legal team will file papers on Wednesday in support of the objection against Downer leading the trial against him.

In the papers, Zuma will state reasons for calling for Downer’s recusal from the proceedings.

Zuma’s trial was expected to start on Monday in the Pietermaritzburg high court, but the court was informed that Zuma planned to object to Downer prosecuting him.

Zuma’s lawyer, advocate Thabani Masuku, told the court Zuma was ready to proceed with the trial and that his objection should not be seen as sign that he was stalling.

Judge Piet Koen said Zuma’s objection was being accommodated and postponed the proceedings to May 26 for the former president’s plea to be recorded in court.

The call for Downer to recuse himself will be dealt with after Zuma pleads.

The precinct around the Pietermaritzburg High Court was abuzz with police on Monday morning ahead of the start of former president Jacob Zuma's ...
News
8 months ago

National Prosecuting Authority (NPA) spokesperson Sipho Ngwema said outside court the state still had to hear on what basis Zuma was objecting to Downer.

“Billy Downer is a member of the NPA. He has been dealing with them for two decades. He is the one in Durban who prosecuted Schabir Shaik on the same issues. We have to wait to see what their objection is,” he said.

In the past Zuma’s defence team was accused of adopting a “Stalingrad approach” by launching many court applications to delay the start of the corruption trial while the state has always said it was ready to proceed.

In 2007, Zuma’s then advocate Kemp J Kemp told the Durban high court: “We have adopted a Stalingrad strategy in response to this prosecution. We will fight [the state] in every street, in every house, and in every room.”

Since then, under instruction of Zuma’s long-time attorney Michael Hulley, his defence team has tried every possible legal avenue to prevent him being prosecuted.

The National Prosecuting Authority says it has done all the necessary preparations and 217 witnesses are ready to testify.
News
8 months ago
Next Article