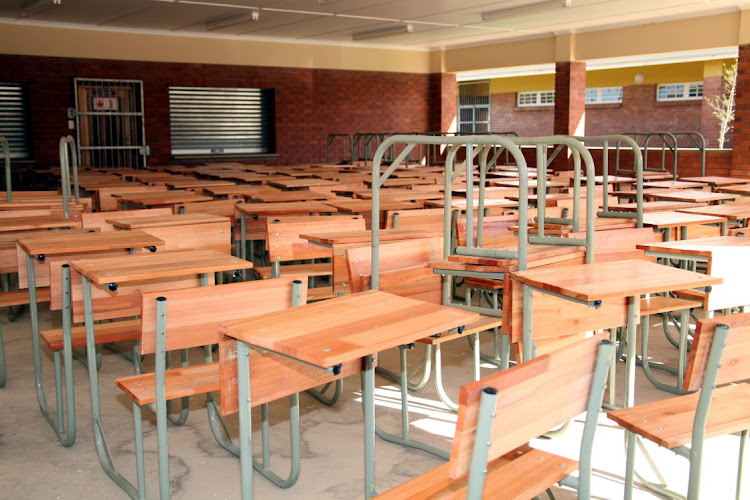 The four current and former senior Eastern Cape education officials and a businessman accused of fraud, corruption and theft will be back in court on July 8. They remain out on bail.

On Monday the five accused appeared briefly in the East London magistrate’s court on charges of corruption, fraud, attempted fraud, theft and contravention of the Public Finance Management Act.

National Prosecuting Authority (NPA) spokesperson Sipho Ngwema said it was alleged that Gwarube, Ngonzo and Fourie decided the LTSM unit would procure supplementary resource material, specifically IT and including photocopiers, during the 2014-2015 financial year despite the fact it was not budgeted for.

It was previously sourced by individual schools.

An Eastern Cape principal has been served with a letter of precautionary suspension after he allegedly instructed an 11-year-old boy to get inside a ...
News
10 months ago

“It is further alleged they did this under the pretence that schools were adequately resourced with textbooks. The message internally was that 80% of the textbook budget would be shifted and used for the procurement of SRM.”

Gwarube, who was in charge of the project, never applied for the budget to be shifted. Ngonzo, the SG at the time, was aware of the budget split but failed to ratify the intended budget split and nothing was reported to Treasury, Ngwema alleged.

Siegesmund supplied R59m worth of IT equipment and Fourie signed off the request as if it was for books in order to access the books budget. None of the procurement protocols were allegedly followed to appoint the company as a supplier.

They were not registered on the database of registered suppliers of the Eastern Cape education department and had very little or no experience or expertise in the supply of IT goods and services, the court heard.

“It is alleged a generally corrupt relationship came into existence resulting in Gwarube accepted ‘gifts’ like 26 laptop computers, of which two were for personal benefit; a cellphone for personal benefit and; an agreement to accept payment of of R120,486 from Border Conference Centre into an account under the control of Spectra, an account owned by Siegesmund.”

The matter was postponed for copies of the docket to be submitted and to allow Tywakadi’s legal representative to be confirmed.