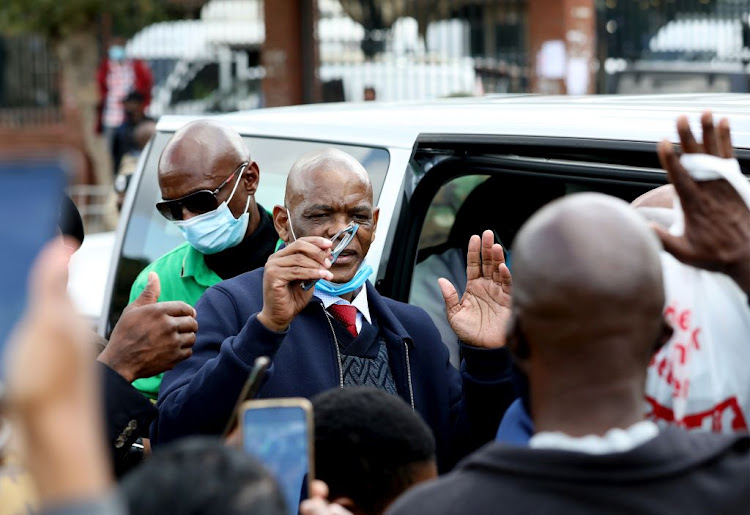 The ANC announced on Monday that it will oppose the application to lift the temporary suspension of its secretary-general Ace Magashule.

“The ANC national officials met today ... and affirmed the decision to oppose the application lodged by the secretary-general comrade Ace Magashule to have, among others, his temporary suspension lifted,” said ANC national spokesperson Pule Mabe.

Magashule approached the South Gauteng High Court on an urgent basis last week asking it to declare unconstitutional the ANC's entire step-aside rule, which formed the basis of his suspension.

The resolution was first adopted by the ANC national conference in Nasrec in 2017 and recently fine-tuned by the party's national executive committee for full implementation. It dictates that ANC members facing corruption or criminal charges should voluntarily step aside from their positions.

The step-aside resolution further states that members should be summarily suspended should they fail to step aside on their own accord.

Two weeks ago, Magashule was served with a letter of suspension after he failed to voluntarily step aside.

He is facing a raft of charges including corruption, fraud and racketeering related to a R250m asbestos eradication tender awarded in the Free State during his time as the premier. He is a co-accused in a long list of accused people including businessman Edwin Sodi, who won the tender with his now-deceased partner Ignatius “Igo” Mpambane.

Magashule argues in the court papers that rule 27.5 of the ANC constitution, which says those charged with corruption or criminal charges must step aside from their positions, failing which they be suspended, undermines the principle of innocent until proven guilty.

He wants the rule in the ANC constitution to also be declared unlawful, unconstitutional, invalid and null and void.

Magashule asked the court to uphold the retaliatory and unilateral suspension he effected on ANC president Cyril Ramaphosa.

Magashule will be represented by Mabuza Attorneys who recently withdrew as former president Jacob Zuma’s legal representative in his corruption trial.

His court bid also means that Magashule will not be publicly apologising to the ANC after its NEC gave him 48 hours to do so on Tuesday for attempting to suspend Ramaphosa.

Speaking outside the Pietermaritzburg high court where he was supporting former president Jacob Zuma on Monday, a defiant Magashule reiterated a sentiment he's shared before that he would die an ANC member.

“I can assure you, nobody under a democracy will ban me. Nobody will remove the ANC from me. I will not form any party, I will die in the ANC,” he said, addressing a crowd of Zuma supporters.

While suspended SG Ace Magashule vowed to "die in the ANC" outside the Pietermaritzburg high court on Monday, Jacob Zuma reminded supporters that ...
News
1 year ago