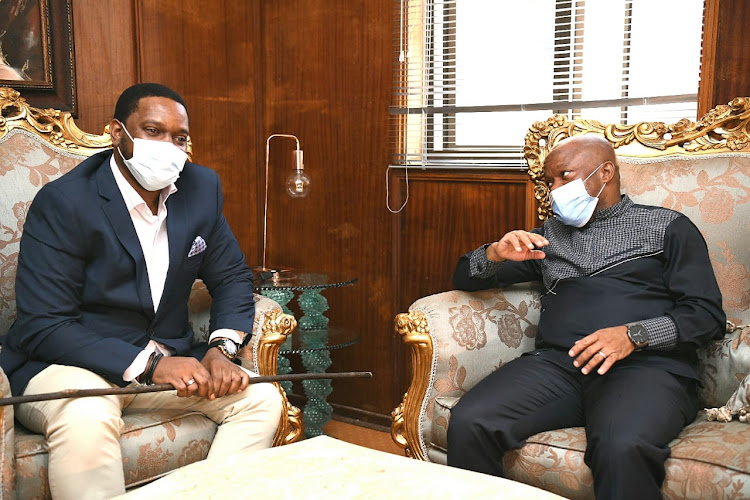 The Zulu royal household has been allocated a budget of R66.1m — R5m less than last year, KwaZulu-Natal premier Sihle Zikalala announced on Thursday.

“This budget is allocated for activities which include, among other things, the hosting of annual traditional and cultural events to preserve Zulu culture and the hosting of heritage events such as the King’s coronation day and prayer day events,” said Zikalala.

The budget is for the  2021/2022 financial year, a decrease from the R71.3m allocated to the royal house in the previous financial year.

Of the royal household events set to benefit from the budget, eight have already taken place while six are due for the remainder of the year.

Zikalala said due to Covid-19 restrictions, most of these events were hosted virtually.

He said some of the king’s activities and events for the remainder of the financial year include:

The premier said he was working with the royal family to finalise a coronation date for the new monarch.

“This will be the first coronation in a long time and will be a fitting tribute to His Majesty King Zwelithini kaBhekuzulu, who would have reached 50 years on the throne this year. As KwaZulu-Natal we stand ready to provide the necessary support to the royal family during this period and beyond.”

The unemployment rate in the province, according to Zikalala, is “very high” when measured using the expanded definition, including discouraged jobseekers at 38.9%.

In response to dismal economic growth due to Covid-19, Zikalala said the government has adopted the recovery and transformation plan which should push the economy out of the woods, but said the threat of a third wave of infections remains real.

He said the provincial government remained optimistic and encouraged by investor confidence in KwaZulu-Natal.

“The KwaZulu-Natal provincial government will continue to engage with  economic development partners and stakeholders to promote key trade and investment opportunities in a more targeted and co-ordinated way.”

KwaZulu-Natal premier Sihle Zikalala met with King Misuzulu KaZwelithini for the first time on Thursday, to clarify how the government works with the ...
News
8 months ago

New Zulu King Misuzulu kaZwelithini has registered his marriage to a Newcastle jazz lover who is the mother of two of his children, according to news ...
News
8 months ago
Next Article