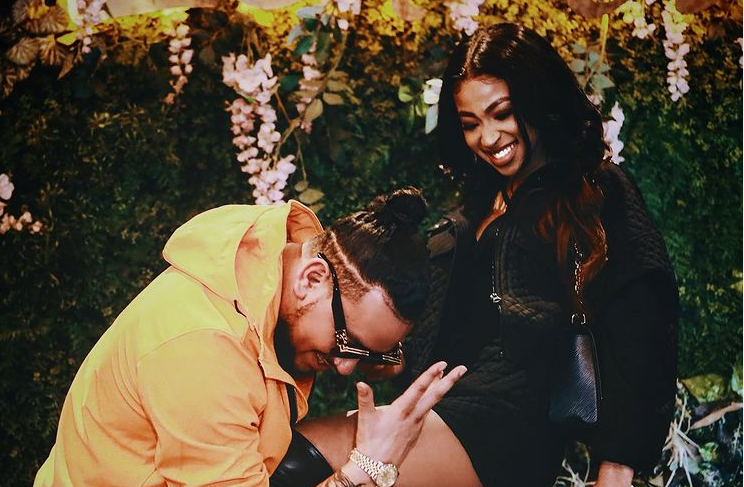 The family of the late Anele Tembe will soon launch a foundation in her name.
Image: Instagram/AKA

In the week when footage of an incident involving rapper Kiernan “AKA” Forbes and his late fiancée, Anele Tembe went viral - sparking speculation of violence in their relationship - her father has revealed that a foundation will be launched in her name to benefit young women.

Two videos of the same incident were released to media houses this week with one version showing AKA breaking through a door at his Bryanston, Johannesburg home behind which Nelli was hiding.

Another video in possession of TshisaLIVE, which is understood to be of the same incident, shows the rapper's home in disarray, with awards smashed and glass broken.

AKA can be heard narrating in the background, claiming Nelli had tried to jump off the balcony.

Nelli died last month after falling to her death apparently from the 10th floor of the Pepperclub Hotel in Cape Town. The circumstances around her death remain under investigation.

Her father Moses told TshisaLIVE that the family had “decided not to speculate about police enquiry findings".

"Our gatherings will never be the same without her, but we know her spirit and beautiful smile will shine bright on us,” AKA's close friend Jabu ...
News
1 year ago

"She said she was going to prove us all wrong, this is what she can do and will do - and she ended up doing it".
S Mag
1 year ago

“We have our eyes focused on establishing the Anele Tembe Foundation, which we hope would benefit thousands of young women and parents.”

Moses did not reveal the exact nature of the causes the foundation would support.

“We must focus on root causes of events and relationships, foundational values and norms,” he said.

Moses said he stood by his statement read out at his daughter's funeral in Durban last month in which he rubbished speculation that she was suicidal.

“As Anele’s father, I categorically state Anele was neither suicidal nor did she commit suicide. We must as a matter of priority deal with the scourge that bedevils our youth, alcohol which is overused and drugs. Fellow South Africans we better wake up and smell the coffee. We have a serious problem with substance abuse.

“I cannot allow an unfortunate narrative to go unchallenged, a narrative that irks me to no end that is ‘Anele was chronically suicidal’. All I can say is, until Anele turned 21, not a single member of her family, my family would have associated her with suicide,” he said at the time.

The prominent businessman said he could not engage further on the tragedy.

In a statement sent to TshisaLIVE on Friday, AKA described the past few weeks as “excruciatingly difficult for me”.

“Beyond dealing with the loss of Anele, the love of my life, I am also having to deal with snippets taken out of context of our relationship...”

AKA said he would in time share his side of the story in a “sincere and honest manner, which will afford the greatest of respect to the relationship I shared with Anele and both our families".

“I am not perfect, she was not without flaws, but I am not what events of the last few days have painted me to be. We were in love and committed to each other.”

AKA said he had decided to “temporarily step back” from his duties with Cruz Vodka to focus “on the way forward”.

“Daily I wake up to the reality that the person I was building a future with is no more, the pain is unbearable, with God's grace I will remain strong and pick up the pieces.”

Forbes has also decided to step back from live events and public appearances.