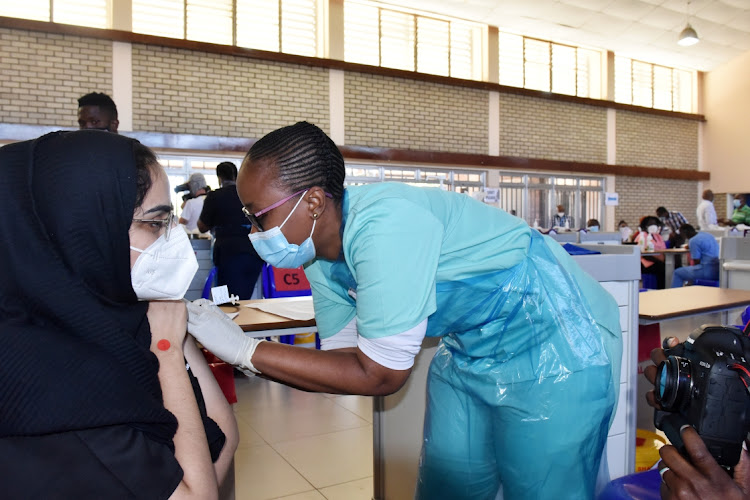 A recent survey has revealed that 71% of South African adults said they would get vaccinated if a Covid-19 vaccine was available. File photo.
Image: FREDDY MAVUNDA

The fourth and latest study on the impact of Covid-19 on national incomes reveals what South Africans think about the vaccines and the impact of the pandemic on education.

This is a summary of the Wave 4 Synthesis Report released on Wednesday.

1. Vaccines: A total of 71% of South African adults said they would get vaccinated if a Covid-19 vaccine was available.

Those most at risk of Covid-19 (people with chronic conditions and the elderly) were more willing than the general population to accept a vaccine. The youth (18 to 25 years) and those who trust social media as an information source were more likely to be hesitant about vaccines.

President Cyril Ramaphosa said on Monday that if wealthy nations hogged Covid-19 shots while millions in poor countries died waiting for them it ...
News
8 months ago

2. Learning losses: In 2020, South African primary school children in no-fee schools have learnt 50% to 75% less than what they usually learn.

This comes from assessment data from no fee primary schools in Mpumalanga (130 schools, EGRS II) and the Eastern Cape (57 schools, Funda Wande) collected in 2020 and 2021 as part of independent evaluations of these programmes.

3. Vaccines: The survey found 42% of Afrikaans home language respondents were vaccine-hesitant, much higher than the national average (29%) and significantly higher than seven of the 11 language groups.

Although Nids-Cram is not provincially representative, in light of the language results and the predominance of Afrikaans in the Western Cape and Northern Cape, it is also clear respondents from these provinces had higher vaccine hesitancy on average.

4. School feeding and rotational timetables: Less than half of children (43%) received free school meals in February and March 2021.

This shows receipt is still well below pre-pandemic levels (65%), and possibly even November/December 2020 levels (49%). Nids-Cram Wave 3 (November 2020) showed most parents and caregivers in SA (58%) agreed that children should be able to attend school every day, rather than the rotational timetables still in place in most no fee schools.

Among households with children, one third reported a child went hungry in the past week in at least one of the four waves of Nids-Cram.

7. Food insecurity: Two thirds of respondents (67%) reported their household had run out of money to buy food in the previous month in at least one of these surveys.

Nids-Cram respondents have been surveyed four times since the start of the pandemic.

Nearly half (47%) had run out at least two times. Among households with children, one third (32%) reported a child went hungry in the past week in at least one of the four waves of Nids-Cram. Analysis of hunger in Wave 1 (2020) showed that after controlling for race, gender, education and location, the strongest predictor of household hunger was whether the household lost its main source of income.

All 12 research papers will be available on the Nids-Cram website.