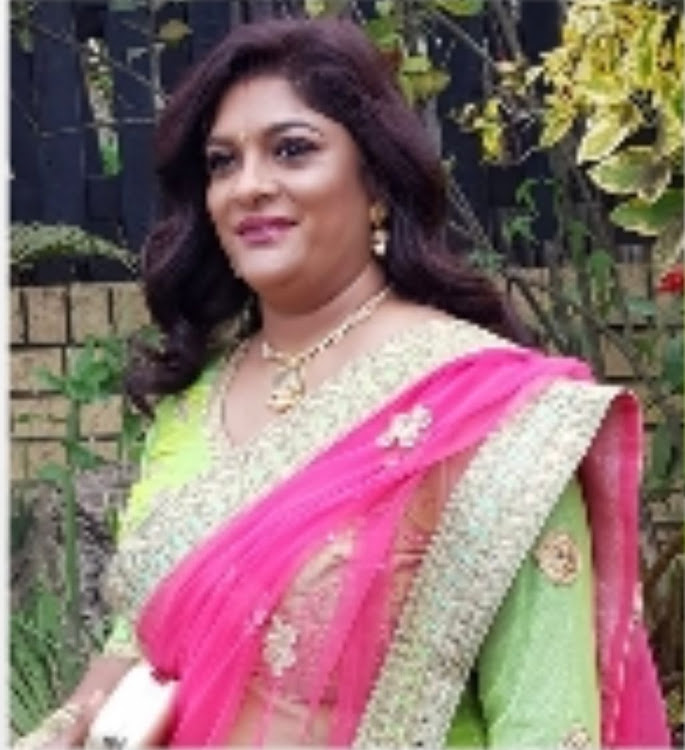 Westville mother Jessica Jaganath was stabbed more than 26 times. Her son Uveer appeared in the Durban magistrate's court on Wednesday in connection with her death.
Image: Supplied

A 20-year-old Durban man accused of killing his mother on May 6 says he does not remember stabbing her more than 26 times.

Uveer Jaganath failed in his attempt to get bail  in the Durban magistrate's court on Wednesday.

His mother, Jessica, was laid to rest on Saturday.

The investigating officer told the court on Monday that the Clare Estate woman was stabbed in excess of 14 times, however state prosecutor Calvin Govender said on Wednesday that a post mortem report revealed that she was stabbed more than 26 times.

According to Jaganath, he blanked out and cannot remember the alleged murder, which took place in their home on May 6.

In his affidavit presented during the bail application, Jaganath said he was a student at Varsity College and had turned 20 in custody on Friday.

He said his father fetched him from campus on May 6.

“When I arrived home, I took a shower. I cannot recall anything thereafter until I awoke in an ambulance. I have been advised that I was treated for stab wounds to my leg, stomach and injuries to my arms and hands; that police fetched me from hospital; that I was arrested and detained at Sydenham police station since Thursday,” he said.

The chairperson of a school governing body (SGB) will appear in court on Monday for allegedly stabbing a man to death during a community meeting at a ...
News
1 year ago

Mom says son stabbed in school meeting was a hero

The mother of a 22-year-old man who was stabbed to death at Duvha Park Primary School in Emalahleni, Mpumalanga, during a community meeting, wants ...
News
1 year ago

According to his affidavit, Jaganath consulted with a psychologist and psychiatrist in 2019, but he stopped taking the prescribed medication shortly afterwards.

The court heard that his father, Avesh, supported his bail application.

“If I am released on bail, I have no fear for the safety of my wellbeing. My family is willing to take me back and [for me to] stay with them. Despite the charge against me, there is no animosity which my family has for me,” said Jaganath.

He said his family intended to place him in a hospital to conduct detailed medical and psychological examinations and render any necessary treatment.

“I have been deprived of such by police. At such an institution, I will be able to be tested for Covid-19 and be treated for the same, if necessary, as well as my allergy and thyroid condition.”

His father submitted an affidavit to confirm that he supported his son's bail application.

Govender said the district surgeon found that Jaganath did not suffer from psychosis, was aware of time and his orientation. It was recommended, however, that he be sent for observation.

Jaganath and family members, sitting in the public gallery, broke down in tears when magistrate Vanitha Armu later ruled against his bail application.

Before going down to the cells, he looked at his father and shook his head before crying almost inconsolably.

Armu said it was not in the interest of justice to grant Jaganath bail.

She said his mother was “senselessly killed in the sanctity of her own home”.

“One can only imagine the horror and pain she must have been through during this attack. This was a senseless killing of an innocent person.”

The matter was adjourned to July 14.

The family of a 25-year-old woman who was found dead in a pool of blood at her boyfriend's parents' house has pleaded with the police to arrest the ...
News
1 year ago

The pupils at Tshefoge Primary School at Vaalboschloot, North West, were preparing for classes on Monday when teacher Leah Phele came running and ...
News
1 year ago
Next Article