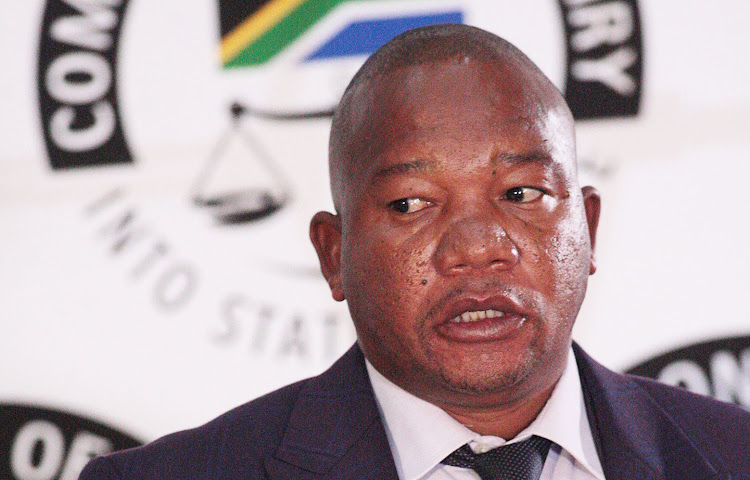 This is according to inspector-general of intelligence (IGI) Dr Setlhomamaru Dintwe, who appeared at the Zondo commission of inquiry into state capture on Wednesday.

Dintwe told the inquiry that Mbindwane approached him days before the Nasrec conference, saying there were spooks from a foreign country stationed in Soweto to monitor and influence the conference.

Mbindwane said these spies, whom he referred to as “backpackers”, were in need of grabbers costing R210m to intercept all electronic communication that would take place at the conference.

“He [Mbindwane] told me that he has been sent by the minister [Mbalula], but I must impress upon the commission that the minister never sent me to that meeting but I went,” said Dintwe.

“When we met, he told me there was a group of backpackers who wanted to influence the outcome of the Nasrec conference.

“He told me they were in need of grabbers to the tune of R210m. However, because the date was too close they could settle for one grabber to the tune of R45m. He explained the capabilities and said do not be surprised that it is so expensive because an ordinary grabber costs around R7m.”

Dintwe said Mbindwane met him in a bid to influence a Crime intelligence divisional head who had the power to sign off on the requested purchase of the grabber.

Apparently the person with the authority to sign off was “scared” because Dintwe was investigating them on a separate matter.

When Dintwe met with the crime intelligence person, he was presented with new information that Mbindwane had concealed, the company from which the purchase of the grabber was to be made.

It turned out to be a controversial company, associated with “shady dealings” within the intelligence world.

“I said I am no longer getting involved on this particular issue,” said Dintwe.

The procurement was then halted by the Independent Police Investigative Directorate (Ipid), he said.

This, according to Dintwe, was because there was clear inflating of prices and there was information “that the rest of the money would be used to buy votes at Nasrec”.

“It sounded probable and that is why we intervened, because the grabber average price is R7m but in this case they wanted R45m to buy one grabber,” said Dintwe.

“There was a subsequent meeting again in Sandton. I received a WhatsApp message from Mr Bo Mbindwane saying, 'IG, I had thought we agreed.' And then I said I would settle for a tripartite meeting and we met.

“I again reiterated that I do not get involved in procurement. I ended up leaving that particular meeting and the divisional commissioner remained behind with Mr Mbindwane.

Dintwe said Mbindwane had no business being involved in procurement in the first place.

At the time of the events, Mbalula was among the leading lobbyists for Nkosazana Dlamini-Zuma's ANC race for the presidency, which was ultimately won by her opponent Cyril Ramaphosa.

The Independent Police Investigative Directorate (Ipid) believes money from a contract irregularly awarded by the police at an inflated price was to ...
News
3 years ago
Next Article