Exposing children to smoking is like suffocating them - child health expert 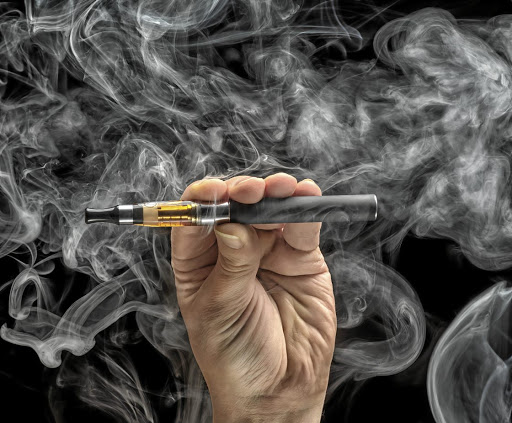 Public health experts warn that smoking not only has devastating health effects, but its economic impact is huge.
Image: 123RF/Oleg Gavrilov

A leading child health specialist has described the exposure of children to second-hand cigarette smoke and other electronic nicotine delivery devices, such as e-cigarettes and vapers, as similar to squeezing life out of children and taking the breath out of their lungs.

Prof Anthony Westwood, a retired paediatrician from Red Cross Children’s Hospital and lecturer at the University of Cape Town's department of child and adolescent health, said exposing children to nicotine not only denied them a choice not to get addicted, but could also have devastating consequences to their developing brains.

Addressing a panel of public health experts during a webinar on Tuesday, which discussed tobacco control legislation in SA ahead of world No Tobacco Day at the end of May, Westwood said early exposure to nicotine robbed children and adolescents of their future as they often become addicted and this was “extremely difficult to reverse”.

“How can we knowingly deny young people a choice by putting something in their brains when their brains aren’t fully mature and then saying today it was their choice?

“Nicotine is one of the strongest of all substances that are addictive. It is highly addictive and toxic, and has potentially permanent effects on those young brains affecting attention, learning mood and impulse control.”

Electronic cigarettes are pricier than smokes, sold too close to campuses: report

Contrary to claims made by e-cigarette manufacturers, using e-cigarettes is more expensive than smoking cigarettes when comparing daily users of both ...
News
1 year ago

Due to lack of regulation of certain tobacco and nicotine delivery devices, Westwood said it was not difficult for young people in SA to access nicotine. He said this was one of the reasons why the government should stop stalling and pass the new Tobacco Control Bill as soon as possible.

The draft law, which bans smoking in public spaces and and workplaces where there are children, including the Electronic Delivery Systems Bill that proposes the regulation of vapers and e-cigarettes, is yet to be passed into law, despite the window for public comments closing almost three years ago.

Westwood said the damaging effects of nicotine to children’s lungs started long before babies of smoking parents are born and were sometimes deadly.

“Children and young people have ended up in emergency units from these huge hits of nicotine, not just in an emotional way, but a physical way and potentially lethal way. A brain is developing and continues to develop and is not fully mature until the early and mid 20s.

“This is not acceptable. We need to make sure these kinds of things happening to growing lungs are not happening in our part of the world. This is what we already know from electronic nicotine delivery systems. Don’t experiment on SA’s children.

SA needs to move fast to diffuse the ticking time bomb that is harming children in the form of vaping and e-cigarettes.
News
1 year ago

“Let’s stop this in its tracks. We don’t want people cheating our children out of their futures from the time before they are born. Let’s imagine a future without tobacco and nicotine. Let there be no robbery, no kidnapping of these lives, no damage and destruction, no denial of responsibility by saying we didn’t know, no exploitation of young people and no lying and stealing from the rest of the country.”

Dr Yussuf Saloojee, acting executive director at the National Council Against Smoking, said if the government looked at its own history and saw the rapid decline when strong anti-smoking laws were enacted about 20 years ago, “and if we do what is in the bill, we will quickly reduce the number of people dying and getting sick from smoking”.

While SA used to take the lead in anti-tobacco control, it has lagged behind over the years with public smoking still permitted while nine other African countries were now totally smoke-free.

“We were already way ahead of the game, but look at where we are now. South Africans are still smoking in public places. If other African countries have seen the wisdom of protecting people from the dangers of smoking and protect non-smokers, why not stop it here?”

“The people who get sick cannot go to work. Those who die will no longer earn money. There’s also a loss of certainty. Of course, smoking is linked to poverty, to people who don’t earn money. People who can’t work will be deeper into poverty. These are the economic effects of what tobacco does.

“Many people will say,but the tobacco industry pays taxes. Well, for every one rand in taxes collected from the industry, it costs the country more than R3. It’s a losing game. Smoking stunts the economy.

“The World Bank said the money once spent on cigarettes would instead be spent on other goods and services and this would create new jobs. The reality is that if South Africans switch their spending from buying tobacco, cigarettes and vapes to spending on other goods and services, it would create more jobs. Cigarettes are made by machines. They are not labour intensive. Non-smokers typically spend more on education, food and items for the home,” said Saloojee.