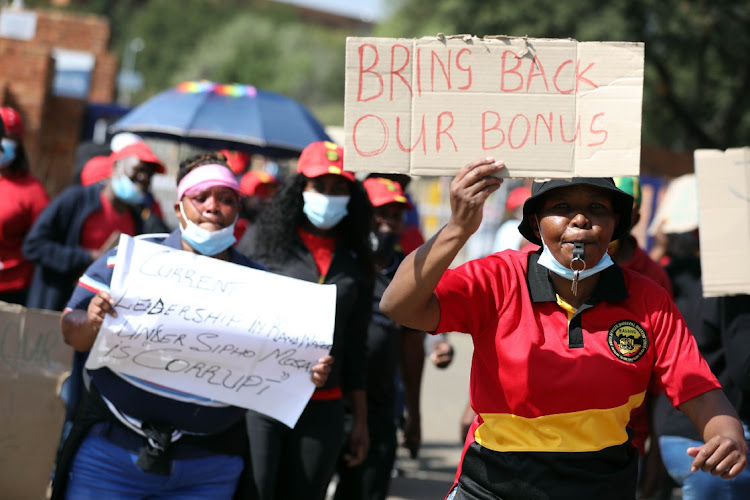 The planned strike at Rand Water will not go ahead on Thursday after the employer obtained a labour court order stopping union members from downing tools.

Employees had planned to embark on a strike after the Commission for Conciliation Mediation and Arbitration (CCMA) issued a certificate of non-resolution to a dispute declared by the SA Municipal Workers’ Union (Samwu) on April 28.

Rand Water, the utility which supplies water to Gauteng and other provinces, had issued a circular in April informing employees of the removal of incentive bonuses for employees.

Union members were set to go on strike on April 21, but the union postponed the strike after reaching an agreement to refer the dispute to the CCMA for conciliation.

When no agreement was reached at the CCMA on April 28, the commissioner issued a certificate of non-resolution, meaning the union may embark on the strike.

The union had set to strike from Thursday. However, Rand Water obtained an order on Tuesday declaring the strike unprotected.

“We went to court yesterday and we interdicted the strike,” said Rand Water general manager of communications and stakeholder relations Teboho Joala.

Joala said while union members have a right to make demands, a strike was not the correct route to take in this matter.

“This particular matter of bonuses does not warrant a strike. That is our contention. The matter should go to arbitration. We have asked [the union] in our meetings that we take the matter to the arbitrator.”

She said the union was awaiting reasons for the order made on Tuesday after the court had heard Rand Water’s application.

She said the judge made no mention about the dispute being referred to arbitration.

The Commission for Conciliation, Mediation and Arbitration has issued a certificate of non-resolution in a dispute between Rand Water and the SA ...
News
7 months ago

A group of South African Municipal Workers’ Union (Samwu) members and Rand Water workers are picketing outside the water utility’s head offices in ...
News
7 months ago
Next Article