'Game-changer on paper but stymied by lack of resources': Joburg's 10+ plan 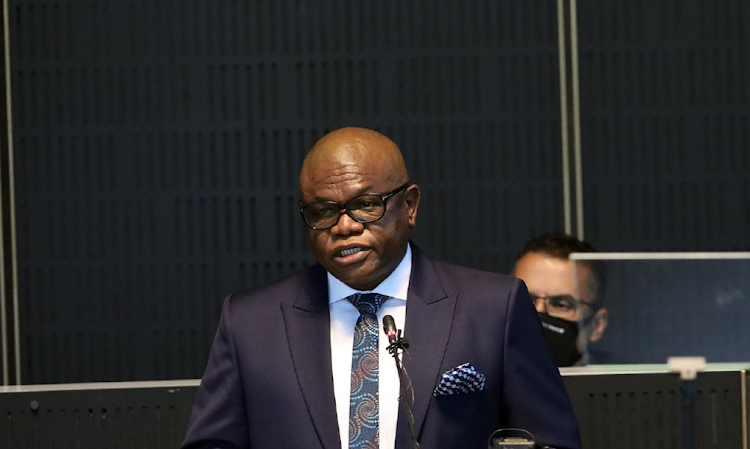 Deployment of officials to wards within the city of Johannesburg aims to improve crime prevention as well as observance of bylaws and resolution of service delivery issues, says the office of mayor Geoffrey Makhubo. File photo
Image: VELI NHLAPO

This was the promise of Johannesburg mayor Geoff Makhubo during his state of the city address this week — but other than the mention of another attempt to deploy extra officials to wards, there still is no concrete plan to solve the two major issues of water outages and a billing system in shambles.

Makhubo explained the city's Johannesburg 10 Plus programme as a ward-based policing and metro law enforcement programme deploying 10 officials in each of the 135 wards. There would also be a focus on the problems most prevalent in the area, he said.

Mayoral spokesperson Mlimandlela Ndamase said the aim of the programme is not only to speed up the response time to complaints received from different wards and residents, but also to strive to bring service delivery closer to the people.

“It is not only limited to police officers. What we are trying to do is that in each and every ward, you must for instance have a building inspector, environmental inspector and the JMPD element.”

The programme was one of those affected by the change in government in 2016, he said, but was relaunched in December last year, with implementation being phased in across the city in line with the current available budget.

But already ward councillors across the city are scoffing at the idea.

Aydon Windvogel, an independent local government practitioner, said the Joburg 10 Plus programme was a great initiative, but councillors have complained about a lack of communication between wards and the sergeants in charge of the officers; even to a point where the ward councillor in one ward hasn't even met the sergeant in charge of his ward.

“Another major challenge with regard to the programme has been a lack of resources. Both a lack of warm bodies and vehicles. Due to a shortage in warm bodies, less officers had been deployed in certain wards which meant that they had to work more shifts. In other wards there had never been officers deployed. Vehicles were also in demand for the other safety operations run by the city,” Windvogel said.

He said the Joburg 10 Plus programme is “a game-changer” on paper and a programme which local government as a whole must adopt, but if a metro like Joburg cannot even get it right with logistics and resources, “it will never happen in any small municipality”.

City of Joburg plans to take over electricity supply from Eskom

The City of Johannesburg has started negotiations which will see it taking over the supply of electricity in Soweto, Orange Farm, Ivory Park and ...
News
8 months ago

Ward 90 councillor Martin Williams, representing areas like Craighall, Dunkeld West Hurlingham, Hyde Park and Parkmore, said the Joburg 10 Plus programme was not “happening” in his area “or anywhere in Region B”.

Williams said there was a huge lack of bylaw enforcement and traffic bylaw infringements were also out of control, due to the absence of JMPD officers. In the ward there were also roads and pavements that had been dug up but not reinstated.

“It’s a mess. JMPD are understaffed and under-resourced. It’s not their fault but certainly affects bylaw enforcement.

“At the moment there isn't any JMPD person with 'rank on their shoulders', like a superintendent and up, on duty at night or weekends. It is the community that suffers.

“When JMPD resources have been hijacked for crime prevention actions, there isn't anyone to do the noise and general bylaw type of complaints,” Williams said.

Mike Woods, councillor for ward 104 which includes suburbs such as Ferndale, Bryanston, parts of Malanshof and Fontainebleau, said the Joburg 10 Plus “never worked”.

“The mayor is saying that at any given time in my ward I've got 10 dedicated officers and that’s not the case. From my side it has never worked, they have reintroduced it and it still hasn’t worked.”

Woods said service delivery was one of the major issues across the wards in the city, but they couldn’t be resolved due to entities being under-resourced.

Suspended ANC secretary-general Ace Magashule was booted out of the party's virtual national executive committee [NEC] meeting which started on ...
News
8 months ago

With areas like Brixton, Westdene, Sophiatown, Hursthill and other parts of the city suffering from frequent water outages that can last for days — Makhubo committed the city to future investment in water infrastructure, as well as in sewer, electricity and refuse services.

“Water supply is crucial to the lifeblood of the city,” he said. “While we acknowledge that there are areas that continue to experience water challenges, we commit ourselves to responding to this with long term solutions.”

The city has been battling with a problematic billing system since 2009, resulting in bills being sent out late — or not — incorrect billing, lost credit notes, non-corresponding meter numbers and other inaccuracies.

The R404m contract to technology company EOH Mthombo, a division of EOH, to upgrade the system was only partially concluded and then terminated early, from the end of May. The city will then have six months to find a replacement.

DA councillor Julie Suddaby said the company's withdrawal from the city has left the billing system in disarray.

“Without the completion of the SAP business transformation project, intended to correct the mess made from 2009 ... the city will be left with an incomplete IT system. Officials have been unable to provide any details on the progress of the upgrade of the billing system.

“This means that EOH Mthombo could leave the entire billing system in limbo, affecting the more than 1.2 million bills which are sent out each month. As someone who works in software development, I know that no IT contractor will want to touch an unfinished project,” Suddaby said ahead of the speech.

However, Makhubo said the city used to have over 55,000 billing queries per month in 2011 and now they have less than 4,000 queries lodged per month.

He said the city has “broken the back” of the billing crisis.