Bowling clubs as sites of infections is a 'new phenomenon', says health head 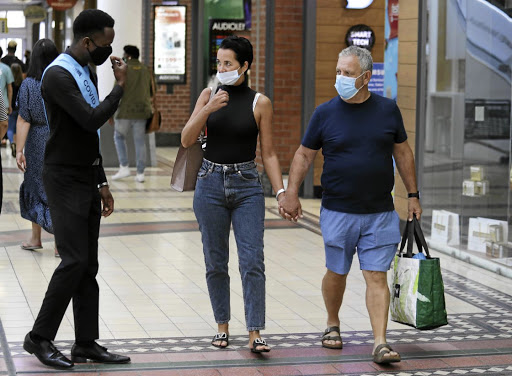 The Western Cape department of health has put itself on alert over Covid-19.

Dr Keith Cloete, who heads the department, said markers like hospitalisations, deaths and oxygen use are “stable”, but the average proportion of positive cases has gone up.

Of particular concern are upticks in affluent areas.

“We need to keep the reproduction number under one,” he said at a press conference on Thursday. “And it has just gone above that — this puts us on alert.”

He said this had also happened recently but had then dropped again, which is why the department “is in a vigilant phase to make sure it doesn’t sustain above one”.

The reproduction rate is the number of new cases arising from each infectious case.

Daily averages in the province are stable at 120 new cases per day, 25 hospitalisations and three deaths.

However, he added, “What concerns us is that the average proportion of positive cases has gone up by 5% since the beginning of May.”

The private sector was showing higher proportions of positive cases, with “specific pockets in the metro” and “affluent suburbs” standing out.

In rural areas, cases remain unchanged, with wide variation but small numbers if you look across all districts.

Focusing on data from surveillance teams “on the ground”, Dr Cloete said that bowling clubs in the Tygerberg district had been earmarked as sites of rises in cases and that this was a “new phenomenon”.

Wastewater studied by the Medical Research Council had also produced worrying data on Mitchells Plain, where levels of detectable SARS-CoV-2 are the highest they have been this year.

The province has 760 patients in acute hospitals, 335 of whom are in private hospitals.

Dr Cloete said his department was also concerned at red flags popping up in other parts of the country.

“We have seen an increase in other provinces like Gauteng, and that is now of concern to us too.”

He said scientists are also “on alert” regarding “variants of concern”, particularly the B1.617 causing havoc in India, but they believe the variant that has been dominant in SA since late last year will remain as such.

There are no known cases in SA of the B.1.617 Covid-19 variant, but several people are having their positive samples tested, health minister Dr ...
News
6 months ago

The SA government has called for calm amid growing fears about the highly transmittable Covid-19 variant first discovered in India entering the ...
News
6 months ago
Next Article