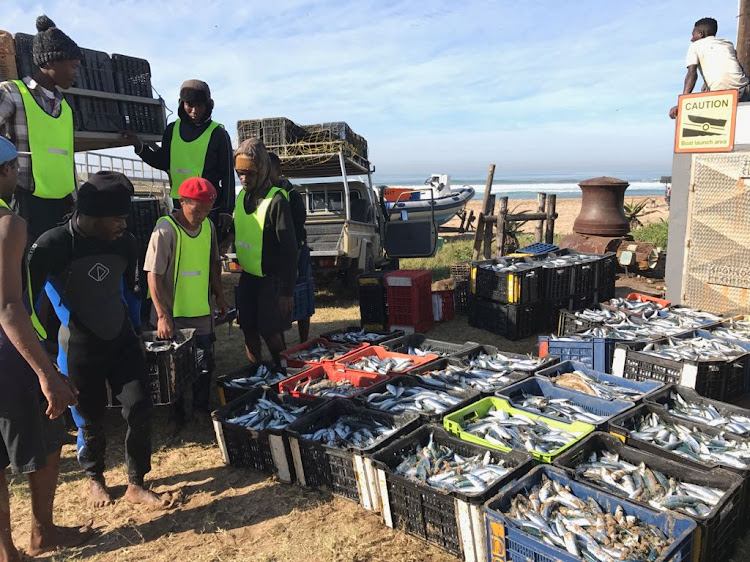 Small shoals of sardines have been spotted off the Eastern Cape coast, with the silvery fish expected to arrive in KwaZulu-Natal waters between June and July.

This is according to the KwaZulu-Natal Sharks Board, which undertook its first sardine observation flight for the 2021 season on Tuesday.

But Greg Thompson, the board's acting head of operations, said the much-anticipated sardine run will take place only if conditions are suitable.

“This flight was conducted earlier than usual due to the continual reports of sardine activity in the Eastern Cape,” said Thompson.

“Depending on the biomass of sardines, water temperatures and the inshore current conditions we would expect to see signs of sardine activity somewhere between Mazeppa Bay and East London.

“Normal activity that accompanies any shoals of sardines includes hundreds to thousands of Cape gannets, very large schools of bottlenose and common dolphins and often many sharks. These are all indicators that the staff keep an eye out for on every flight.”

Thompson described the first flight as “fairly eventful, with small pilot shoals of sardines sighted between Mdumbi and Hole in the Wall”.

“The most concentrated activity sighted was further south, between Chintsa and Gonubie. Hundreds of Cape gannets were seen spread out in this area, with a few diving from time to time, accompanied by hundreds of dolphins.

Thompson said the sardine run off KZN may begin, assuming conditions are suitable, “at any time between early June and late July”.

He added that it may not even occur close inshore, for various reasons. “When the inshore waters are unsuitable, the sardines enter KwaZulu-Natal in deeper waters further offshore and there are no visible signs of their presence from the shore.”

Ghana's military has launched a nationwide operation to clear illegal miners out of its water bodies, the West African country's lands minister said.
News
8 months ago

Thousands of fish mysteriously washed ashore, prompting the city to begin a mass cleanup and issue a warning against puffer fish consumption for dogs ...
News
9 months ago
Next Article