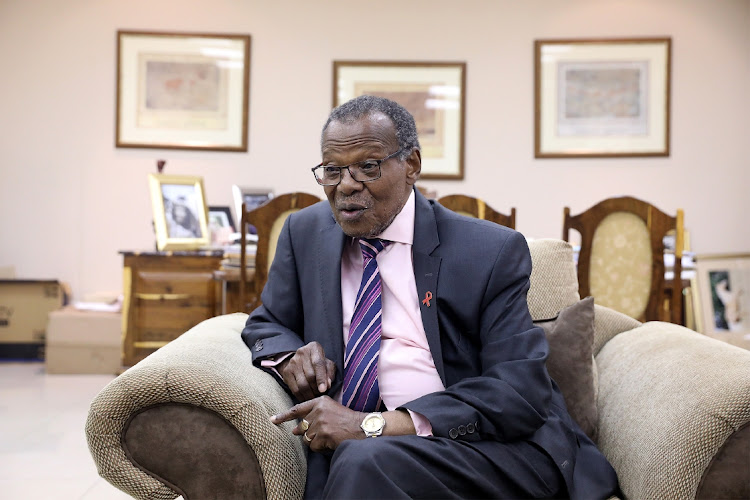 Prince Mangosuthu Buthelezi has urged the Zulu nation to give the royal family space to mourn and deal with succession issues at a later stage.

Speaking in Nongoma, KwaZulu-Natal, yesterday ahead of the arrival of the body of Queen Mantfombi Dlamini Zulu, Buthelezi said there was no need to rush into the issue of who will take the throne following the death of King Goodwill Zwelithini in March.

Queen Mantfombi passed away last Thursday aged 65 at a Johannesburg hospital, just a month after she took over from her late husband King Goodwill Zwelithini. She was the daughter of the late King Sobhuza II of eSwatini and the sister of King Mswati III.

She will be "planted" in Nongoma today. A memorial service will be held at KwaKhangelamankengane Palace tomorrow.

Yesterday, the Gauteng government and residents bid their farewell as Queen Mantfombi's body left a Johannesburg mortuary. People stood on top of buildings to witness her body depart for KwaZulu-Natal, led by maidens and Amabutho.

Her passing came at a time when the Zulu royal family has been rocked by divisions. King Zwelithini’s first wife MaDlamini, who he married in community of property, challenged in court the execution of his will, which will help to identify the next king.

However, MaDlamini is not related to Queen Mantfombi Dlamini Zulu.

According to the royal family, the first matter before court relates to the declaratory of the late monarch’s civil union versus the subsequent “customary” unions, in order to deal with matters of inheritance and succession to the throne.

Furthermore, some of the king’s daughters are disputing the validity of his last will and testament, alleging that his signature was forged. The relief sought from the courts is to halt the execution of the will until the pending matters are heard.

Buthelezi also lamented these court battles and said: “It is not very pleasant that while we are nursing the grief that one should in addition have all these ructions that are taking place.”

Queen Mantfombi to be laid to rest tomorrow

Regent of the Zulu nation, Queen Shiyiwe Mantfombi Dlamini Zulu, will be buried at a private funeral at the "crack of dawn" on Thursday.
News
1 year ago
Next Article