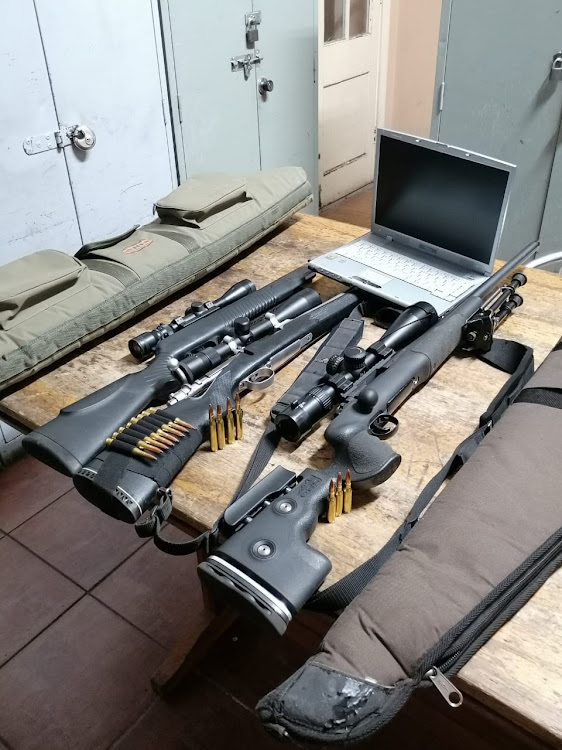 Three hunting rifles and ammunition were recovered by SAPS during a follow-up operation in the Nuy Valley, near Worcester, on Sunday
Image: Courtesy SAPS

A police dog named UK found a stash of hidden weapons during a follow-up operation early on Sunday morning.

The Breede River K-9 unit was en route to the scene of a burglary at a farm in the Nuy Valley area near Worcester when farm watch members waved them down and pointed out an empty safe next to the road. 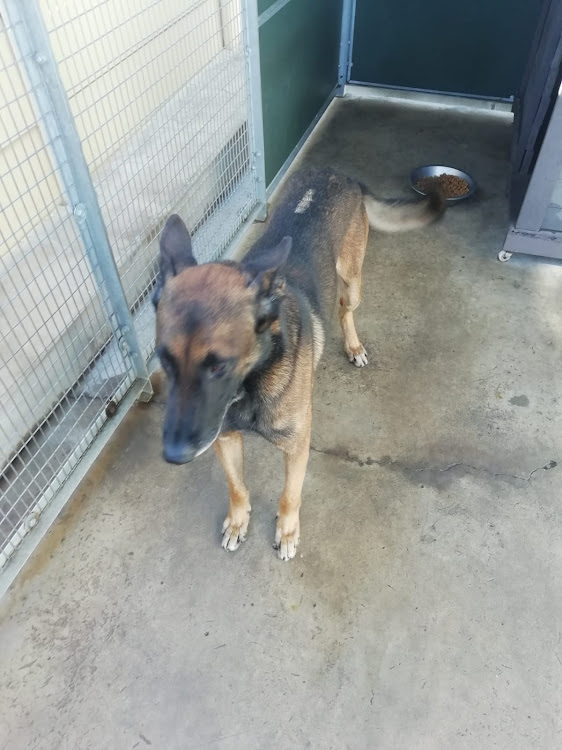 "UK" found the weapons hidden under a pile of leaves
Image: Courtesy SAPS

“The canine reacted to a pile of leaves and sat on it.”

Under the pile of leaves were three hunting rifles, 15 rounds of ammunition, a tag light and a laptop

The search for  the suspects  continues as detectives investigate a burglary and theft case.

K-9 units are playing in increasingly important role in crime-fighting in the province.

A new K-9 unit with six dogs was established on the West Coast in October to help combat narcotics, explosives and firearms trafficking.

It was the region's first dedicated K-9 unit

Along with sniffing out contraband, the SAPS dogs are also trained to assist in anti-poaching operations.

A 13-year-old suspected housebreaker was found hiding in a bathroom at a home in Bluewater Bay in Gqeberha on Saturday, Eastern Cape police said.
News
10 months ago
Next Article