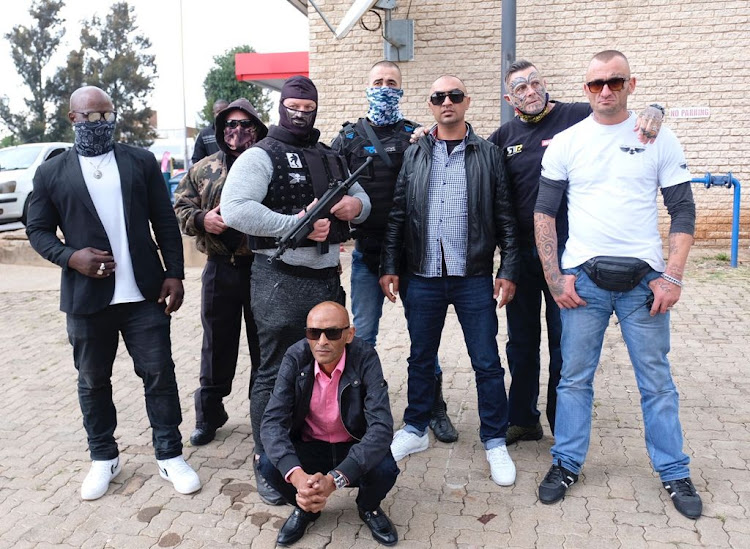 Nafiz Modack wearing a leather jacket and sunglasses standing third from right after a court appearance in Gauteng along with his bodyguards and associates.
Image: Nafiz Modack

Lawyer Irfan Parker confirmed the arrest of his client and at least three other individuals near Century City. Parker said the charges were still a mystery but added that he was attending to his client who was being held by police on Thursday evening.

TimesLIVE understands that Modack may appear in court only on Monday.

Modack, along with his associate Colin Booysen — Donkie's younger brother — fought a bitter war for control of an alleged nightclub protection racket which resulted in intimidation, shootings and murders.

His arrest comes months after the murder of anti-gang unit police commander Lt-Col Charl Kinnear who was investigating Modack's procurement of gun licenses through an alleged corrupt network of police at the national central firearms registry.

This story will be updated with comment from the Hawks when received.

A seventeenth person alleged to have wrought terror as part of Cape Town’s nightclub turf war appeared in court on Tuesday.
News
1 year ago