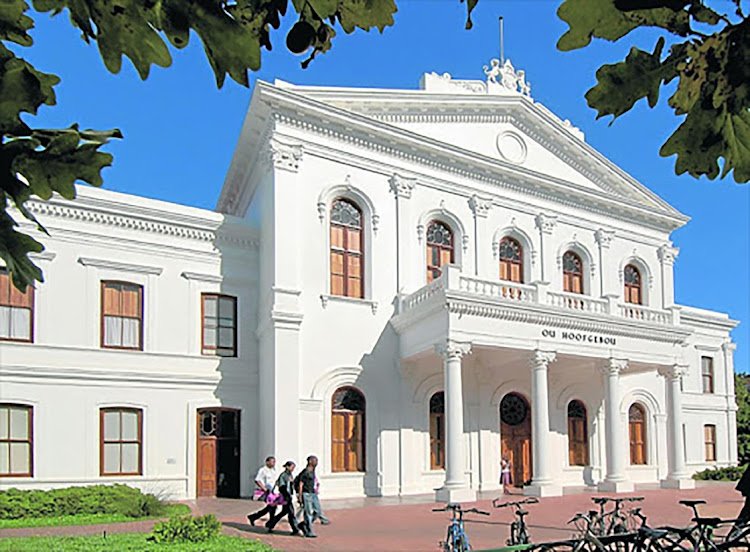 In the battle against climate change, which has contributed to water shortages, widespread crop failure and negatively affected both commercial and subsistence farming, Stellenbosch University (SU) has established a new School for Climate Studies.

The institution said the school will conduct research, coordinate curricula development and facilitate postgraduate training, advice and consultancy as well as technology transfer in the multiple fields of climate studies.

Prof Eugene Cloete, SU’s deputy vice-chancellor: Research, Innovation and Postgraduate Studies, said this is the first school of its kind in SA that has the status of a faculty.

“South Africa is a major contributor to greenhouse gases on the African continent. It has become essential to move towards a greener economy. Stellenbosch University has the expertise to lead the way through research and innovation, and has already done cutting-edge research on, for instance, renewable energy. The institution is also leading the field in the move towards a carbon-neutral university,” he said.

Prof Cloete said the development of new undergraduate and postgraduate climate studies curricula (modules) has already commenced. “We believe every student who graduates from SU should understand the importance of climate, and know how to make decisions in their respective workplaces to mitigate climate change by moving towards a green economy.

"SU is also in the process of developing a master’s degree in climate studies to build high-level capacity in this field. The move towards a green economy will create many new careers in engineering, manufacturing, agriculture, renewable energy and research into the fundamental drivers of climate change.”

The minister of higher education, science and innovation, Blade Nzimande, has welcomed the launch of the School for Climate Studies.

Nzimande said the establishment of an academic school focusing on climate change is a potentially promising step to enable academics and students to build a well-rounded body of scientific knowledge.

“According to International Panel on Climate Change, most of scientific community human activity has had definite causal effects on global warning and climate change, resulting in increasing temperatures, rising sea level and a range of other impacts.

"This threatens every aspect of human endeavour. And we all know that the effects of climate change will be worse in poor and developing countries like our country regardless of its contribution to greenhouse gas emissions,” he said.

The school will officially be opened in June.

President Cyril Ramaphosa has reiterated the need for SA to prioritise the reduction of emission of greenhouse gases in the global fight against ...
News
5 months ago

Nedbank will stop financing new thermal coal mines from 2025 and cut direct funding of new oil and gas exploration projects with immediate effect, it ...
News
6 months ago
Next Article