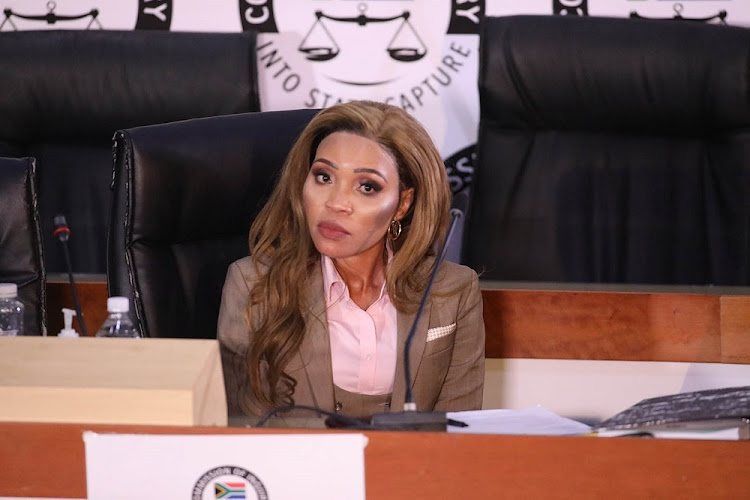 A gold necklace, a white BMW, bags of cash and a R5m wedding — these were some of the shocking revelations shared by Norma Mngoma on the lavish lifestyle she lived with former minister Malusi Gigaba, mainly thanks to the Guptas.

Mngoma is the estranged wife of Gigaba.

She was testifying on Monday evening at the Zondo commission of inquiry into state capture, mainly about her family's relationship with the Gupta family which is accused of having captured the state during former president Jacob Zuma's tenure.

She further recalled seeing a money-counting machine at the Gupta residence during a tour of the compound, led by Ajay Gupta.

Mngoma's testimony on Monday was met with delays when Gigaba tried, unsuccessfully, to block her from testifying, citing spousal privilege, and revelations about their minor children. He had further asked that Zondo allow an in-camera testimony by Mngoma, which would have excluded the media and public from viewing the hearing.

Commission chair, deputy chief justice Raymond Zondo, dismissed the application, allowing for the testimony to go ahead. This was despite the reluctance of Mngoma to testify due to misgivings about how the commission had handled her affidavit.

Mngoma gave a shocking testimony about how her wedding in 2014 cost between R4m and R5m — paid for in cash mainly by Gigaba.

She explained to the commission that it was not odd that the wedding cost that much as it was two weddings — a white wedding and a traditional wedding.

“I didn't find it strange [the amount] because Malusi has been a minister for a very, very long time and also he told me that he had savings with the money market that he saves money from. And most of the expenses we don't pay for them because it's paid by the state ... so to have a lot of cash is not something that was strange to me,” said Mngoma.

“If you break it down that [the amount of cash kept by Gigaba] is not that large, it can be large to you but it was not large to him,” added Mngoma, explaining how Gigaba would carry large sums of cash.

Information removed from her devices when she was unlawfully arrested by the Hawks related to “these exact matters”, she said in court papers.
News
2 months ago
Next Article