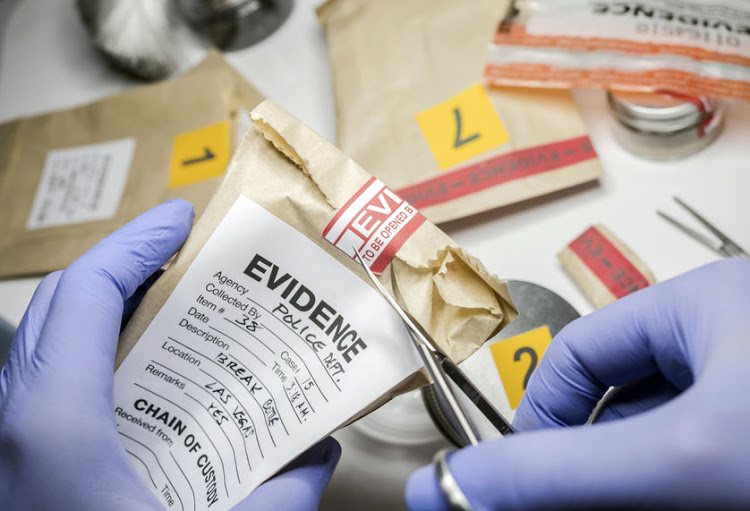 Police say the DNA testing backlog at the forensic laboratories is urgently being dealt with.
Image: 123RF/Felipe Caparros Cruz

The SA Police Service management has reassured the nation that while the backlog in the forensic laboratories is being handled with the urgency it deserves, priority is given to DNA samples required for court cases, especially those related to gender-based violence (GBV) cases, and DNA samples needed for the identification of people for burials.

Last month parliament’s police portfolio committee was told the DNA testing backlog increased from 117,000 in December to close to 173,000 in the first week of March.

There were also reports about the disappearance of millions of forensic exhibits at the national forensic DNA database due to the property control and exhibit management (PCEM) system being shut down by the service provider in June 2020.

However, police spokesperson Brig Vish Naidoo said those exhibits were stored in the forensic service laboratory administration system and could only be accessed manually.

He said as recently as Friday, a Benoni man was confirmed to be a serial rapist after being positively linked to 60 rape cases through DNA identification.

“The man was arrested earlier this month on a single rape charge and evidence collected at the crime scene matched evidence gathered in 59 other cases to which this man has been connected. He is expected to again appear in the Benoni magistrate’s court on April 29,” Naidoo said.

He said there is light at the end of the tunnel on the DNA testing backlog as great strides are being made to overcome the backlog and the system to track and trace forensic exhibits is fully up and running.

According to Naidoo, police worked with the State Information Technology Agency (Sita) to develop the forensic exhibit management (Fem) System. He said the new system, which also has a track and trace functionality, replaced the previous system run by the service provider, adding that the new system can speedily locate the source and storage of the forensic evidence.

He said police have finalised a two-year contract with a service provider to supply the much-needed consumables.

However, he explained that before quantification kits can be procured from the service provider, the validation of the kits must be completed to ensure that consumables used for this DNA testing are valid for that process.

“This process is expected to conclude in the next two months. In the meantime, the police service has procured enough quantification kits on a quotation basis to last at least three months so that the backlog and testing of new samples can continue, allowing enough time for the validation process to be completed,” Naidoo said.

He said police management is satisfied with the progress made since the introduction of the Fem system and remains encouraged by the continuation of DNA testing due to the availability of quantification kits. Naidoo said with all the new measures put in place, management believes a resolution of this matter is well within reach.

“All hands are on deck at the forensic science laboratories to urgently tackle the existing backlogs. The workforce of the forensic analysts has been adjusted to allow for overtime work,” Naidoo said.