KZN premier Sihle Zikalala said if the province continues to carry on as if it's business as usual, they might soon deeply regret it when the third wave comes 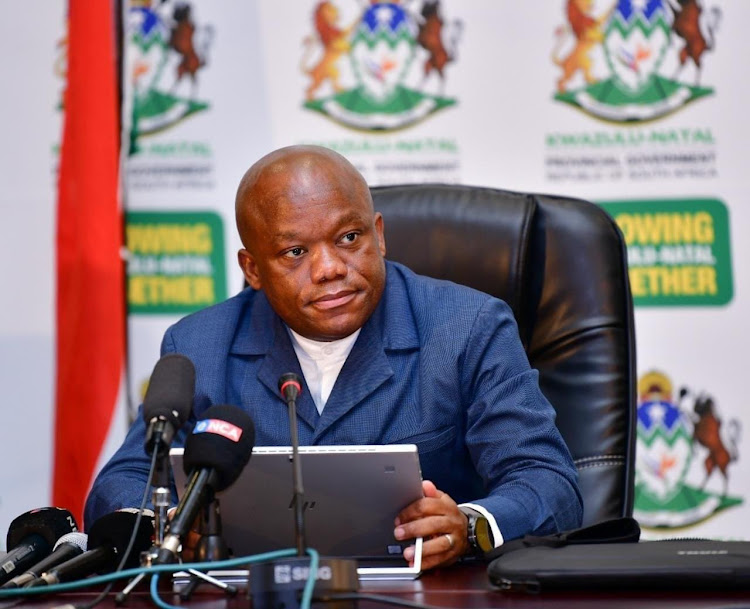 KZN premier Sihle Zikalala said the Department of Health is monitoring resurgence indicators which will alert the province to respond accordingly if there are spikes or signs of a resurgence of Covid-19 in the province.
Image: Twitter:@kzngov

The KwaZulu-Natal government is concerned that many citizens have lowered their guard on Covid-19 protocols which could have severe repercussions ahead of a possible third wave.

Speaking on Sunday, premier Sihle Zikalala provided a breakdown on the state of the pandemic in the province.

“They’re no longer wearing their masks in public and many are carrying them for compliance, there’s no social distancing — let alone regular hand sanitising or washing of hands with water and soap,” he said.

Zikalala said the curfew was also no longer being respected.

“People are gathering in large groups, especially at restaurants, pubs, night clubs and taverns. Some shops are even allowing more people than required, while others seemingly don’t bother to have hand sanitiser at the door,” he said.

Zikalala said by Sunday, the province had recorded 10,369 deaths since Covid-19 started.

He said it was concerning that the province continues to rank the fourth highest in terms of fatalities countrywide.

“The province of KwaZulu-Natal continues to rank the second highest in terms of the number of laboratory-confirmed cases countrywide, contributing 21% of cases. The average number of cases recorded in the past seven days declined to below 100 cases per day. The province continues to rank the fourth highest in terms of fatalities countrywide, following the Eastern Cape, Gauteng and Western Cape,” he said.

Zikalala said the province has continued to observe a decline in the number of new cases recorded weekly.

Covid-19 on the rise in 3 provinces, caution advised as school holidays loom

An upsurge in Covid-19 cases in the Northern Cape, North West and Free State has been flagged by the NICD.
News
8 months ago

However, Zikalala said the King Cetshwayo, Harry Gwala and uThukela districts had observed an increase in the number of new cases.

“In fact, King Cetshwayo and Harry Gwala districts observed a percentage change of more than 50% in the past week, which is cause for concern. The number of hospital admissions has continued to decline, in keeping with a reduction in the number of new cases. The province currently has 444 Covid-19 patients admitted in hospitals, with a recovery rate of 96%,” he said.

Zikalala said the Sisonke Johnson & Johnson study, also known as phase 1(a), was expected to resume soon and expected to end on April 30.

He said the target for phase 2 is to vaccinate at least 2.9 million people by October, with phase 3 expected to begin in November.

“As the province of KwaZulu-Natal, we are directing that the coming weekend be the weekend of heightened registration for vaccination. To this end, we will visit various districts where we are champions to monitor and assist in registering our elderly, he said.

He said the self-registration system for people above 60 years went live on April 16.