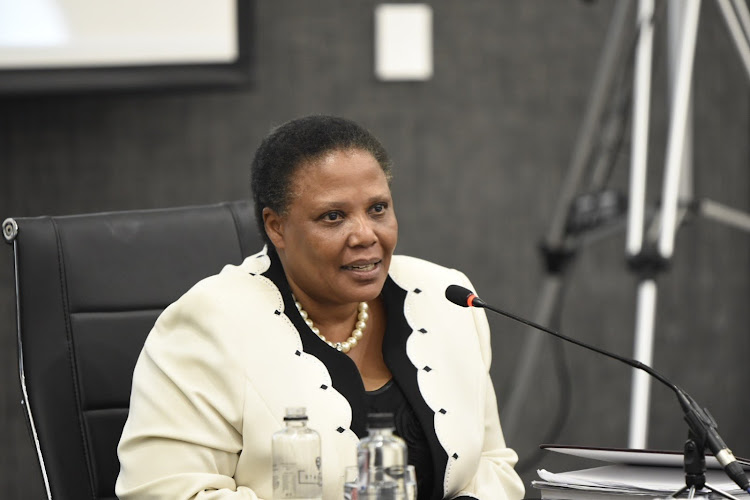 Rose Mogwera is a regional court magistrate in Pietermaritzburg who served as an acting judge at the KwaZulu-Natal division of the high court.
Image: RSA Judiciary

Pietermaritzburg regional court magistrate Rose Mogwera blamed “missing files” for delays — one as long as 16 months — in handing down judgments.

Mogwera, who has done several stints as an acting judge, is one of eight candidates interviewed by the Judicial Service Commission for three positions on the KZN bench.

Questioned as to why she was tardy in delivering judgments at the regional court, the fact that she had not handed down judgment was only brought to her attention after a year and she had forgotten about it because the file was not in her pigeon hole and she assumed that after hearing argument, she had left it in court.

She said then, the registrar’s office could not find it and it had to be reconstructed. There was a further delay because she went to act in the high court.

“I regret it. I know I ought to have exercised more care.”

But then, questioned about another delayed judgment, she said in that matter the file had also gone missing and it had to be reconstructed not once, but twice.

“Missing files are a big problem. On Tuesday this week, I got an e-mail from the high court about a divorce matter — again the file was missing. I directed a complaint to the registrar who responded that the file had been sent to me in January. I then found out that an assistant registrar had signed for it. It had been lying there, in the office, since January.”

Mogwera said she was baffled by complaints by the KZN Bar and Advocates for Transformation that she did not start court on time, adjourned matters for no reason and wasted time.

She said at regional court level, there was an ongoing issue with prisoners arriving late and recently “the recording machine exploded and sparks were flying everywhere”.

“The telephone lines have been down since last year. We have many challenges,” she said.

"Did I like it to represent a person with those allegations against them? No. Was it for a duty? Yes — and that is what the public often do not ...
News
9 months ago

The “trend” of regional court magistrates in Pietermaritzburg “disappearing on Fridays" is a thing of the past, acting regional court president ...
News
9 months ago
Next Article