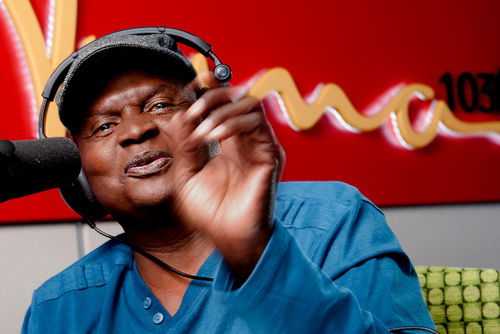 The radio fraternity and fans are in mourning on Thursday after the death of former Metro FM DJ Grant Shakoane, which was confirmed to TshisaLIVE by fellow radio veteran and close friend Wilson B Nkosi.

Details around his death are still unknown at this stage, but radio personality and close friend Tim Modise took to Twitter last week to reveal Shakoane was "in a serious condition" at a Johannesburg hospital for an unknown condition.

"Our friend & big brother, the radio 'gentle giant' Grant Shakoane is in a serious condition at one of the hospitals in Joburg. His wife informs me that he’s been in this battle for a while. Join me in praying for his recovery. We love you," Modise wrote at the time.

Modise returned to Twitter in the early hours of Thursday morning to pay heartfelt tribute to his friend, and offer his condolences to the Shakoane family.

“Like many of us and his friends, I’m saddened by the news. I extend my sympathies to Ausi Albertina and family. I wish you strength. Modimo a le fodise,” Tim wrote.

The news sent shock waves across the country, with fans flooding social media with tributes to the star.

Sports broadcaster Robert Marawa described Shakoane's death as “a deeply sad and emotional time for one who was so deeply loved and appreciated by many”.

Thoughts and prayers to Ausi Albertina and her loving Family!! Such a deeply sad and emotional time for one who was so deeply loved and appreciated by many!! #RIPGrantShakoane 🙏🏾💔🙏🏾 https://t.co/VFgQSYiedT

Affectionately known to his listeners as Mr “Shebabadoo shebaba”, Shakoane graced the mic in the 80s on Metro FM, hosting the popular soul and RnB show on a Sunday. He also hosted a show on Vuma FM.

He started his journey on radio first as a translator at an advertising agency working at the SABC, before he decided to audition for a job on air at the broadcaster.

Here are just some of the tributes paid to Shakoane after the news of his death:

#RIPGrantShakoane remind me of the good oldern days when Sundays were nothing without Metro FM 🙏 pic.twitter.com/Q9XIuzgQoY

Am an 80's baby I grew up listening to this legend #RIPGrantShakoane https://t.co/VGy5byyAxO