Advocates charging too much at commissions of inquiry, says judicial hopeful Carol Sibiya 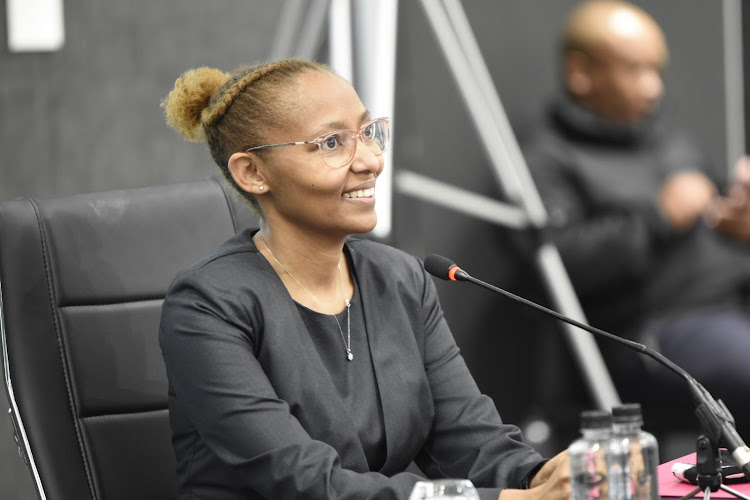 Advocate Carol Sibiya has served as an acting judge in the KwaZulu-Natal division and is interviewing for a permanent position on the KZN bench.
Image: RSA Judiciary

KZN advocate Carol Sibiya, who is an evidence leader at the Zondo commission, says advocates are charging too much and, in future, their fees should be negotiated.

Sibiya, who has been an advocate for 13 years, is applying for one of three positions on the KwaZulu-Natal bench.

During her interview with the Judicial Services Commission on Thursday, the issue of her service on the Seretsi commission of inquiry into the arms deal and the Zondo commission, since 2019, was raised.

Justice minister Ronald Lamola asked, in her experience, what SA could do differently with regards to commissions of inquiry and the “overriding costs”.

She responded: “My view is that the highest cost is the issue of counsel. I am not going to be popular, but I believe that just as serving on the bench, a commission of inquiry is a service to the country.

“So I don't believe that you can't make a living. Advocates charge per hour and per day on an ordinary brief. But the benefit (on commission) is you get to charge for every hour, which you can’t ordinarily do in practice, because the fees would be astronomical.

“So in a commission of inquiry, we were able to charge for all the hours we work. I am not saying it's a bad thing but it amounts to a nice sum at the end of the month, rather than in practice.”

She said before appointing counsel, there needed to be an understanding that this was a service to the country “so I would recommend a fee arrangement, which will limit the costs”.

Sibiya, who resigned along with advocate Barry Skinner from the Seretsi Commission, said the independence of counsel had been “blurred” then.

“But in the present one (Zondo), in spite of what you read in the media, it is not blurred.”

Gauteng High Court judge Wendy Hughes is one of 11 candidates nominated for five vacancies on the Supreme Court of Appeal.
News
6 months ago

"Did I like it to represent a person with those allegations against them? No. Was it for a duty? Yes — and that is what the public often do not ...
News
5 months ago
Next Article