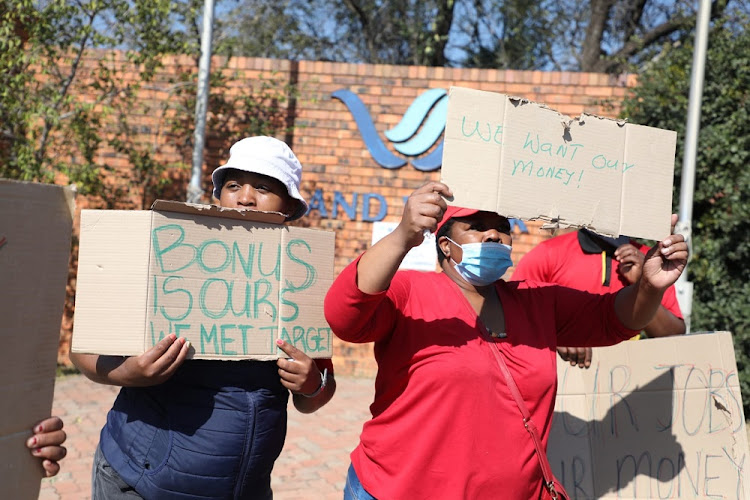 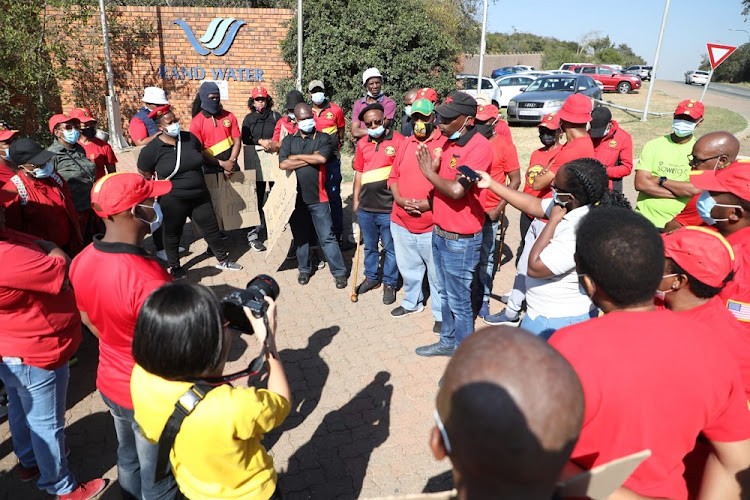 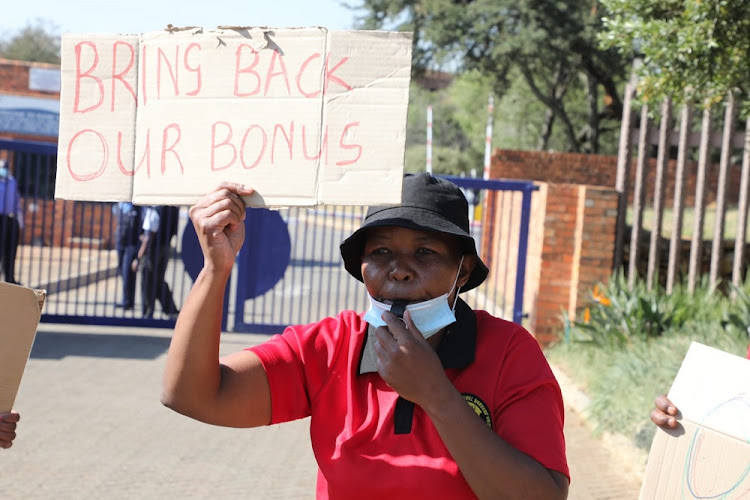 A group of SA Municipal Workers’ Union (Samwu) members and Rand Water workers are picketing outside the water utility’s head offices in Glenvista, south of Johannesburg, demanding to be paid bonuses.

About 60 workers dressed in red T-shirts and carrying placards gathered outside Rand Water demanding that it pays them their incentive bonus which they said they have been getting for the past 17 years without fail.

Samwu secretary Jack Jumbella told Sowetan that despite the low turnout of people they will continue with the strike as planned until their demands are met. “We are here. We are continuing with the strike as planned. We are going to picket for the rest of the day to send a message loud and clear that they [Rand Water] must restore the benefit called an incentive bonus,” said Jumbella.

Jumbella said despite the weakening of the economy by the Covid-19 pandemic, the company had a good past financial year.

Samwu calls for cash-strapped Amathole to be placed under administration

The South African Municipal Workers' Union has called for the Amathole District Municipality in Eastern Cape to be placed under administration.
News
1 year ago

“The company has done well. We have exceeded last year’s target by R300m. So we have done very well under very difficult circumstances of Covid-19. So, the company has made money. Now it is time for us to be compensated. There is no rationale why those incentive bonuses cannot be paid hence we are having this strike,” said Jumbella.

Other demands that Samwu made to Rand Water are:

General manager for communications and stakeholder relations at Rand Water Teboho Joala said the utility is prepared to hold discussions with Samwu and listen to its grievances.

The DA and the Gauteng department of education are at loggerheads on the progress made on a multimillion rand infrastructure project at Klipspruit ...
News
1 year ago

“We had discussions with Samwu and they declared a dispute and took us to the CCMA. The matter is going to be heard on the 28th [April]. We are prepared and committed to having continued discussions on this matter until we have an amicable solution,” said Joala.

Joala said the incentive bonus the workers are protesting for is a discretionary bonus given by the company board.

“It was not approved by the board due to factors such as the company still recovering from the pandemic,” said Joala.

Rand Water management applied for an interdict at the Labour Court in Braamfontein against the strike, citing that it is not within the requirements of a protected strike action. The matter is currently being heard in court.

Rand Water, which has over 3,800 workers at its sites, supplies water to municipalities and industries in Gauteng, the North West, Mpumalanga and the Free State provinces.