Once slated for close ties to ANC, Gcina Malindi returns to JSC for shot at judge's seat 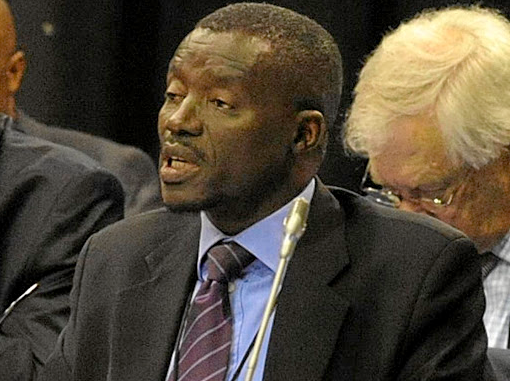 Acting judge Gcinumuzi Malindi was back at the JSC, where he was hoping to secure a seat in the Gauteng Division of the High Court. File photo.
Image: File

An advocate who in 2016 was slated for his close ties to the ANC was back before the Judicial Service Commission (JSC) where he was again interviewed for a position as a high court judge for the Gauteng division.

Acting high court judge Gcina Malindi had in his last interview gone head-to-head with some of the commissioners, including EFF head Julius Malema, who had said appointing Malindi would push “the narrative that the judiciary is captured”.

He had called on Malindi, who until a year before his last interview had been a card-carrying member of the ANC, to take a cooling-off period.

Addressing the commission during his latest interview this week, Malindi said: “It is four-and-a-half years since 2016 ... I am four-and-a-half years older ... To those to whom it mattered that I applied a year after not renewing my membership to the ANC — they have had four years to consider and observe me and I believe that period is more than long enough to allay any fears that I come here as being supplanted from Luthuli House,” Malindi said.

“The second part is that I never believed that that cooling-off period applies to me and I believe it does not [belong] to assessors of judges who assess what their past political beliefs were and whether they are consistent with values of the constitution,” he said.

Malema, who was again part of the commissioners, this year refrained from asking Malindi any questions.

This interview was seemingly better than the last as he also received praise from advocate Dali Mpofu for his calm and collected temperament even in the midst of difficult situations.

Malindi, who was a political prisoner after the Delmas trial during the apartheid era, has extensive judicial experience, having been part of the legal team that presented former president Jacob Zuma in the case against the Goodman Gallery and City Press, seeking to have the painting of a naked Zuma removed from the gallery and taken off the newspaper's website.

Malindi is one of eight candidates vying for six positions in the Gauteng High Court division.

Another returnee before the panel was advocate Mandla Mbongwe who, during one of his interviews for the same position, was slated for his temperament and the “unacceptable manner” in which he had conducted a domestic violence case in which a woman sued the minister of police.

The appeal court's deputy president at the time, judge Mandisa Maya, said the court was “horrified” by Mbongwe's “unwarranted interruptions” in the case, which bordered on discourtesy and “cynicism” towards witnesses and counsel.

Appearing before the JSC again, Mbongwe, who has been an acting judge since 2013, said he had made a lot of changes since then. He went on a “cooling period” after the failed interview that saw him being rejected for the post he had applied for.

Gauteng judge president Dunstan Mlambo asked him whether there was a “change in the maturity of the Mbongwe” they see today.

“Very much so,” Mbongwe replied, to which the Mlambo said he agreed.

'The idea that you’re washed up at 70 is a very old idea,' judge vying for top post tells JSC

'People in my generation carry on [working] well into their 80s,' judge Roland Sutherland told the Judicial Service Commission on Monday.
News
1 year ago

The Judicial Service Commission has recommended five judges to the SCA, a court which its president Mandisa Maya has said is “under construction”.
News
1 year ago
Next Article