'I can give you a long list of people who have stepped aside': Gwede Mantashe 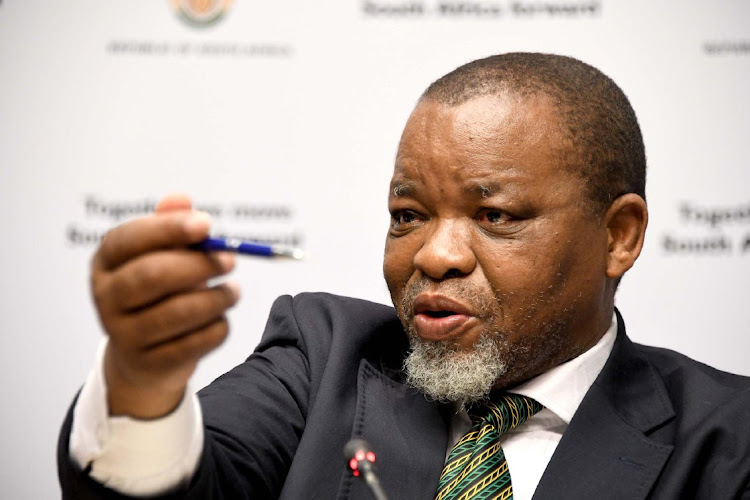 The ANC's step-aside resolution which forces criminally charged leaders to vacate their positions or face suspension has long been in existence — people have just taken more interest because of President Cyril Ramaphosa and secretary-general Ace Magashule.

That's according to national chairperson Gwede Mantashe, who told the commission of inquiry into state capture on Monday that he could provide a long list of leaders who had stepped aside.

This after inquiry chairperson deputy chief justice Raymond Zondo questioned the party's resolutions for curbing corruption. He asked how often leaders had stepped aside amid corruption allegations.

Mantashe confidently said it had happened many times.

“It has happened regularly. I can give you a long list of people who have stepped aside. The only problem is that when the issue or allegations are revolving around the president and around the secretary-general everybody takes an interest, and ignore that many people stepped aside because of this resolution,” said Mantashe.

Mantashe cited a former communications minister and former president Jacob Zuma as some of the leaders to have stepped aside after being summoned by the ANC integrity committee.

The party chair returned to the witness stand to give evidence on behalf of the ANC. The commission has heard evidence from more than 200 witnesses who have implicated several high-ranking officials and former leaders.

Several ANC provincial secretaries submitted names of party leaders affected by the “step-aside” rule, but the list did not include the expanded ...
News
1 year ago

In an earlier session, National Assembly speaker Thandi Modise admitted that parliament took far too long to investigate allegations of undue interference by the Gupta family. She apologised for this.

Mantashe, however, said the party had drawn lessons to correct similar things from happening in the future. “What is happening will make the ANC wiser in dealing with these issues in future.”

Mantashe argued the country was impatient and this was dangerous.

“In SA there is sometimes impatience in addressing issues. One Unisa professor described our society as very noisy and impatient, maybe it’s a good characteristic but sometimes it pushes institutions to commit mistakes. Those mistakes translate into deeper problems than the original ones.

“All I am saying is that the slowness, the time we take, is quite important but there must be intention and will to correct this situation and I think we are in that situation now,” he said.

Mantashe said some problems the country had been grappling with made the ANC appreciate the need for an early-warning system.

“The auditor-general, half the time comes at the end of the financial period and discovers  many things and then it becomes a hindsight report [rather than] an early-warning system.

“Our view is that the establishment of an integrity system in parliament talks to strengthening the work of the ethics committee in parliament, we say, it should be strengthened, then the auditor-general will complement the work that is there.”

Mantashe moved to defend his decision to instruct MPs to toe the party line and vote in support of an inquiry into public protector Busisiwe Mkhwebane’s fitness to hold office last month. He said this was the position of the party and argued that members were not free agents.

Mantashe concluded his testimony by affirming the ANC's support for the commission to conclude its work and present its findings.