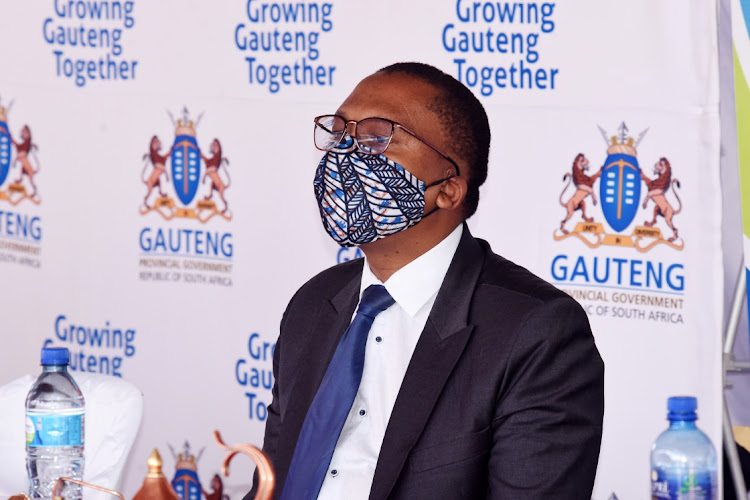 The ANC in Gauteng says it is yet to receive a report of its provincial disciplinary committee on former heath MEC Bandile Masuku and suspended presidential spokesperson Khusela Diko.

This is despite Masuku having been quoted by various media outlets as confirming that he had been asked to step aside from his role as a provincial executive committee member.

He was implicated after his department awarded multimillion-rand tenders to Royal Bhaca, a company owned by Thandisizwe Diko, the late husband to Khusela Diko.

ANC spokesperson Bones Modise said on Tuesday that despite Masuku confirming he was asked to step aside, the party was yet to deal with the report.

“The PEC is still to receive the formal report from the [DC] but there is nothing we are going to be able to do with it. We can't amend it, we can't reject it, we can't even say we accept it with conditions.,” said Modise.

Masuku's legal team says that he is considering his legal options as he has not been provided with a charge sheet, 20 days after his temporary ...
News
1 year ago

“It's a directive to all of us. So if comrade Bandile says he is going to appeal, it is within his organisational discipline to do so, there is nothing wrong with him appealing.”

He said there was not a set date for the PEC to receive the report of the DC but it was expected that there would be one before the end of the month.

“Whatever they have decided, comrade Bandile has a copy of their decision, there is nothing the PEC can say. AlI we have to do is to note it. We note it and that's it and we implement its decisions,” said Modise.

TimesLIVE has been reliably informed that the decision to ask Masuku to step aside was not the final decision by the DC but a directive for him to do so while the body completes its disciplinary process.

Masuku had been found to have brought the ANC into disrepute following a Gauteng provincial integrity committee (PIC) report which found he had failed to conduct oversight in the PPE scandal.

TimesLIVE has learnt that the disciplinary committee told the Gauteng PEC on Sunday that Masuku, and his co-accused Diko, should be barred from participating in any party leadership meetings.

The disciplinary committee said Masuku had brought the party into disrepute and should therefore cease to participate in the PEC as it was still looking into whether he and Diko should be expelled from the party.

“In the meantime, he’s not going to be attending any PEC meetings or executing any tasks that are PEC related until they’ve made their final decision. They didn’t give timelines but the PEC said it should be done as soon as possible,” said a Gauteng PEC member who asked not to be named.

They said Masuku was jumping the gun by publicly announcing that he would be appealing the decision to remove him from the PEC.

“No, he can’t appeal the temporary issue of saying he has to step down until it's finalised. It doesn’t really make sense but he can do that if he wishes to do so. But the DC can decide today that while we’re dealing with your matter we are suspending you from all activities of the organisation.”

The insider said a lot of Gauteng PEC members were startled to learn of Masuku’s intention to appeal the decision as the disciplinary committee had to make his non-participation in the PEC official in the interim and was not a final decision.

“He can write to them but they will laugh at him in response and say, ‘No, but we have not dealt with your file.’ So it was just a public stance,” the Gauteng PEC member said.

Masuku had not responded to questions by the time of publishing. He, however, confirmed to Radio 702 that he was found to have brought the party into disrepute and that he was planning to appeal the decision.