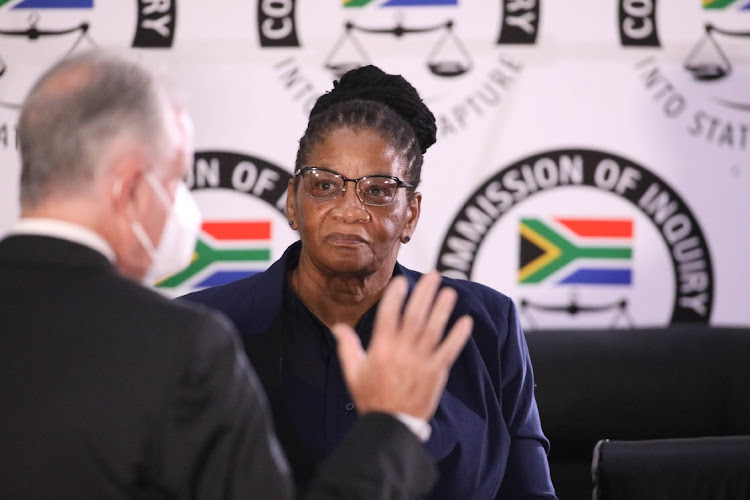 And for this she apologised to the country.

Modise took the witness stand at the state capture inquiry on Monday. She was quizzed about evidence related to parliamentary oversight processes and said it was a pity that allegations of undue interference by the Gupta family were not immediately acted upon by parliament.

Modise was chairperson of the National Council of Provinces and Baleka Mbete the National Assembly speaker at the time, when several allegations were levelled against the Gupta family.

Evidence leader Alec Freund charged that the parliamentary portfolio committees had “significant powers” whose scope included the ability to subpoena, to compel people to appear before them and have expertise in their own respective domains. Modise agreed.

“I agree that within the powers and responsibilities of parliament, any matter could have been investigated.”

Modise was asked why action was not immediately taken on the allegations, even after former deputy minister Mcebisi Jonas publicly claimed to have been offered R600m and a cabined position in 2016 in exchange for being friendly towards the Gupta family. She was unable to respond to this.

The issue had also been discussed at an ANC NEC meeting and former public protector  Thuli Madonsela also released a report into state capture.

“If I was a chairperson I would have certainly made it my business to find out ... It would have been important for the committee chairpersons, unprompted, to have run using the powers that they have to investigate this matter and to put reports in the house.

“I want to say that it is a pity that we [did not] wake up when the issues around allegations of state capture were there because these are the powers of the committees,” she said.

Modise added that it was almost impossible to investigate all allegations as some people used them for political gain.

“Sometimes when allegations come out, until they are investigated you are not sure if it's politicking or whether they are facts, clearly the chairperson should have followed up with the ministers.”

It was only after the “Gupta leaks” e-mails in 2017 that parliament “woke up”, admitted Modise.

“But chair, when the e-mails were leaked, it was no longer just propaganda, political game, it became real ... we felt parliament must wake up and smell the coffee.”

In an attempt to take action, National Assembly chairperson for committees Cedrick Frolick instructed committees to investigate the allegations. Modise insinuated that Frolick should have “cracked the whip” immediately after the Gupta naturalisation matter became a subject of discussion at the portfolio committee on home affairs under the leadership of former minister Malusi Gigaba.

Modise said they had drawn considerable lessons from the Gupta fiasco as well as a Constitutional Court ruling which criticised parliament over its failure to perform its oversight function on former president Jacob Zuma's security upgrades at his Nkandla homestead.

“We are now at a point where we want to know everything, we want to cover ourselves and cover the people. As I say, it is regrettable that in fact the impression is that parliament only woke up when things were now really bad and for that we must apologise to the South African people.”

Chairperson of the National Council of Provinces Amos Masondo briefly took the witness box to comment on the same issues.

Masondo echoed similar sentiments to Modise, saying parliament had admitted its flaws and started working to self correct but added there would always be room for improvement.

The hearings are continuing .

National Assembly speaker Thandi Modise has described it as “a pity” that parliament’s portfolio committees had to be woken up by public revelations ...
News
1 year ago

Deputy chief justice Raymond Zondo has warned that the commission of inquiry into state capture would not allow itself to be bullied and intimidated ...
News
1 year ago
Next Article