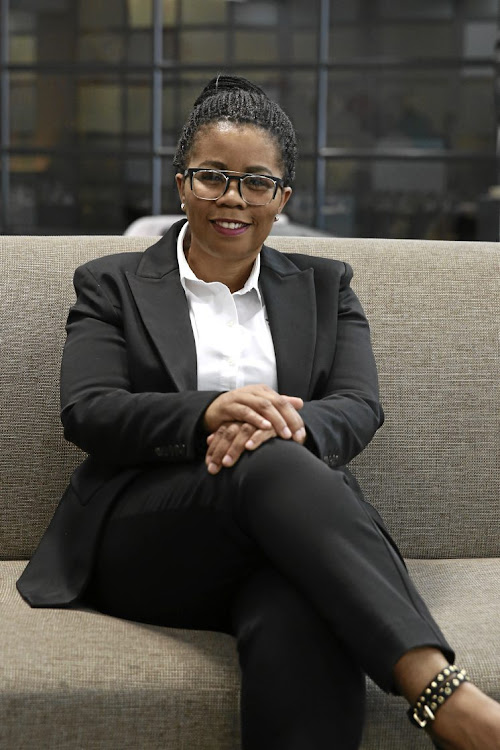 Unisa’s executive director of legal services, Adv Modidima Mannya, has hauled vice-chancellor Prof Puleng LenkaBula to court after she suspended him for, among other things, allegedly abusing his position.

Mannya was placed on suspension on April 8 for three months after he rejected a proposal by LenkaBula to participate in what she termed, according to him, “a mediation”.

He has asked the North Gauteng High Court in Pretoria to suspend the vice-chancellor’s decision to suspend him pending the finalisation of the arbitration of the dispute.

In court papers filed on Friday, he stated that his notice of suspension indicated that the action was taken against him on the recommendation of the directorate: labour law in terms of a clause which provides for the immediate suspension of an employee on full pay pending a hearing.

“It was impossible for the second respondent (LenkaBula) to obtain a recommendation from the directorate since I am the only official in that department and I have not recommended my own suspension.”

He said there was no investigation into any allegation of misconduct against him.

“In fact, to date, I do not know what I have allegedly done as the university changes its stance at every opportunity.”

He stated in court documents that as far as he could tell, the suspension concerns allegations that were made against him a year ago “which were not processed by the officials of the university”.

According to him, the three officials who made the allegations have since left the university.

Mannya stated that LenkaBula’s predecessor, Prof Mandla Makhanya, declined to pursue the allegations at the time.

Fired Unisa manager gets bonus while sitting at home

An executive at Unisa raked in more than R1m in salaries, performance bonus and an above average pay increase despite the university having ...
News
1 year ago

“I will suffer irreparable harm if my suspension is not suspended. Unisa is hell-bent on tarnishing my name and, in the process, my dignity.”

He stated that before his suspension, he received a letter from Unisa’s executive director for human resources, Zweli Dlamini, indicating that during last year he had observed that Mannya had problems with stakeholders.

“I was told that my relationship with the university is now characterised by a lack of trust and suspicion.”

Mannya also indicated in the court papers that LenkaBula attributed “a toxic environment” at the university to him.

“Firstly, it is impossible that I can single-handedly cause toxicity throughout the university. This is simply illogical. The university has had major problems long before I joined.”

He stated that the vice-chancellor had only assumed duty in her current position in January and “was therefore not at the university when the alleged incidents occurred”.

Mannya stated that LenkaBula also based her decision “on what she claims is my decision not to work with women”.

In Mannya’s notice of suspension, LenkaBula said that she was suspending him and was “mindful of the fact that you have and continue to raise various allegations against me”.

“You have subsequently, and before I had the opportunity to consider my position in relation to the allegations, referred a dispute to the CCMA [Commission for Conciliation, Mediation and Arbitration].”

She advised him that during the latter part of last year the university received complaints about his conduct “in his capacity as executive director of legal services”.

“The complaints relate to allegations that you abuse your position to intimidate members of staff, act against the best interests of the university and generally contravene the university’s code of ethics.”

The gloves are off between the EFF Student Command (EFFSC) and the minister of higher education, Blade Nzimande, on the intake of first-time entrants ...
News
1 year ago

Both the university and LenkaBula have until April 19 to file a notice of opposition if they plan to oppose the application.

LenkaBula told TimesLIVE that if Mannya felt his suspension was unfair, he could have pursued it through the university’s institutional processes.

“It’s also his right to pursue it in the courts if he feels he wants to,” she said.

In an unrelated case, the North Gauteng High Court last month reviewed and set aside the decision by higher education minister Blade Nzimande instructing Unisa to reduce the number of first-time entering students by 20,000.

The EFF Student Command brought an urgent motion in February asking the court to declare Nzimande’s instruction unlawful and invalid.

Unisa over-enrolled students despite being warned by Nzimande in 2018 to adhere to its student enrolment target.