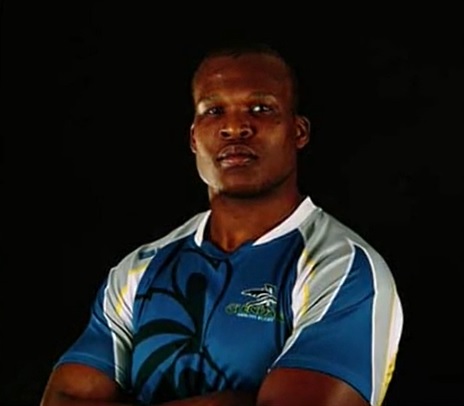 Questions are beginning to surface over the death of a former KwaZulu-Natal rugby club player and father of two who was shot dead by police in Hawaii on Wednesday night.

According to media reports‚ officers from the Honolulu Police Department (HPD) were forced to use lethal force when Myeni allegedly attacked them‚ injuring three of their officers‚ just after 8pm on Wednesday night.

HPD police chief Susan Ballard told local media that police had responded to a “robbery in progress” at a Nuuanu home after Myeni entered and began chatting with the homeowners‚ who were upset that he had come inside.

Myeni left shortly afterwards and sat in his vehicle before police arrived.

However‚ Ballard was unable to answer if Myeni had actually taken anything from the home which would substantiate the reason for labelling it a robbery.

She said officers had tried to use non-lethal force first‚ which included deploying a Taser‚ before they fired four shots‚ fatally wounding Myeni.

According to Ballard the first officer on scene was in a stable condition but had sustained multiple facial fractures and a concussion after the alleged attack.

Ballard said the ordeal happened less than one minute of the first officers' arrival‚ and that the three officers were wearing body cameras. The footage will be reviewed before being released.

Lindani had moved to the island just over a year ago with his wife‚ Lindsay‚ who is from Hawaii‚ and their two children.

Department of international relations and co-operation spokesperson Lunga Ngqengelele said: “We are aware of the matter. It has been brought to our attention.”

Ngqengelele said they were awaiting more information from officials.

SowetanLIVE sister publication TimesLIVE can reveal that Myeni played club rugby as a flank for Durban's Jaguars‚ the Empangeni Rhinos and in eSikhawini — where he had a passion for developing the sport in his hometown.

Myeni was described as a well-respected and God-fearing man who never showed any signs of aggression.

David Harel‚ 29‚ played rugby against Myeni and said they also attended the same church. He said Myeni was a gentleman‚ both on and off the field.

“He had great sportsmanship. He played really hard on the field but was always keen to sit down and have a chat after the game and catch up.”

Harel said he was shocked by the news‚ but was adamant that Myeni could never have been involved in any sort of burglary.

“He had no reason to be robbing houses. Lindsay has her whole family there. I just can't understand how they can claim it is a burglary. It's so ironic — he grew up in a township in SA and yet he goes over to Hawaii and gets shot by police?”

Thulani Mdluli knew Myeni for years and played club rugby alongside him for the Empangeni Rhinos.

He said he was struggling to believe that the man who police in Hawaii are describing is Myeni‚ someone he described as a person that wouldn't even harm a fly.

“Lindani was very humble. He would never harm a fly. I can't remember having any altercations with him on or off the field. He would never‚ it's like they are speaking about someone very different than him. Even during rugby games he wouldn't show aggression at all. It doesn't make sense. How they explain it and with who he is — it's not him.”

Meanwhile‚ the EFF in KwaZulu-Natal called on South Africans to rally in support of Myeni by using the hashtag #JusticeForLindaniMyeni.

In 2013 Myeni auditioned as a contestant for the popular SA music show Idols.

He auditioned in Durban in front of celebrity judges Unathi Nkayi‚ Randall Abrahams and Gareth Cliff.