‘This was an unfortunate error’: MP apologises for naked Zoom flash 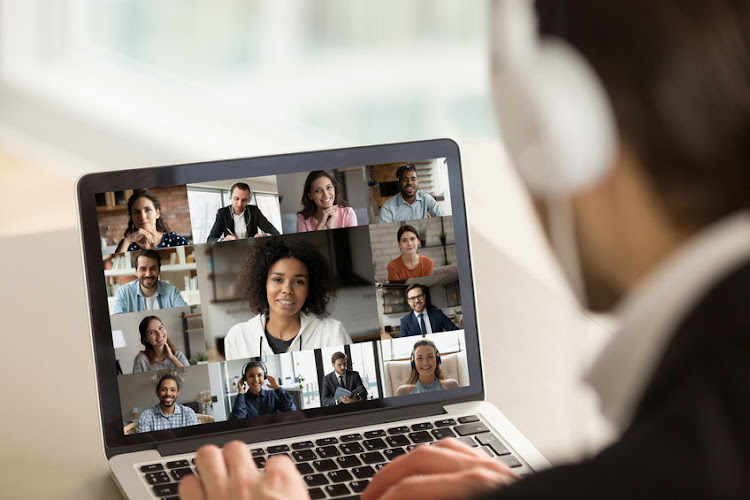 'My video was accidentally turned on as I was changing into my work clothes,' explained the MP. Stock photo.
Image: 123RF/fizkes

A Canadian MP has apologised for appearing stark naked during a parliamentary Zoom meeting two weeks after a similar blooper left a member of the National House of Traditional Leaders red-faced in SA.

William Amos issued the apology after a screenshot of him standing between the Quebec and Canadian flags — holding a mobile phone over his private parts — during the meeting found its way onto social media.

Liberal MP William Amos flashes the nation by appearing in front of the House of Commons, live, while buck naked. pic.twitter.com/8kcB2gvNV7

“This was an unfortunate error,” he said in a statement on Wednesday, reported the BBC.

“My video was accidentally turned on as I was changing into my work clothes after going for a jog,” said the liberal member of parliament.

While the incident drew criticism from fellow MPs, several people posted compliments on social media about his physique.

It is frankly refreshing to see a politician with nothing to hide! :) ❤️ Seriously, it was an honest mistake and you've owned up to it, so there it should stay.

“Thanks to all those who have sent messages of moral support and encouragement in the aftermath of this most regrettable situation,” Amos said in a statement on Facebook.

“The past 24 hours have been difficult at a professional and personal level, but I will not allow this to distract me from the work of representing my Pontiac constituents and Canada.

“It is most unfortunate that someone shared, without my consent, a photo in which I was changing my clothes. This photo came from a video feed that only MPs or a very small number of staff had access to. No person deserves to suffer such harm. I expect the speaker of the House of Commons to conduct a thorough investigation, as requested by government House Leader, the Honourable Pablo Rodriguez,” he wrote.

Here in SA, meanwhile, Inkosi Xolile Ndevu, a member of the National House of Traditional Leaders, found himself in a similar predicament two weeks ago when his wife appeared naked during a virtual meeting.

At the time he was discussing initiate deaths in the Eastern Cape during a co-operative governance and traditional affairs portfolio meeting.

“Inkosi, people behind you are not properly dressed. We are seeing everything. Yhooo! Please, Inkosi, did you tell them you are in a meeting? It is very disturbing what we are seeing,” said committee chairperson Faith Muthambi.

Working from home during the Covid-19 pandemic took an awkward turn for a participant in a virtual parliamentary meeting when his wife appeared out ...
News
1 year ago
Next Article