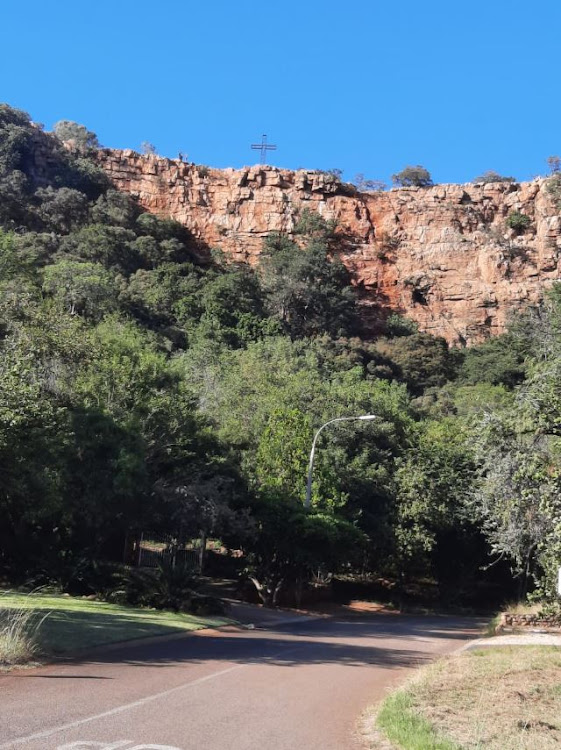 The 50m cliff at Rustenburg's Safari Gardens which a motorist crashed down. The 21-year-old motorist escaped with minor injuries
Image: ER24

A Rustenburg motorist narrowly escaped with his life when his bakkie, which was parked at a lookout point, plunged down a 50m cliff.

ER 24’s Ross Campbell said while the accident happened on Thursday morning at the lookout spot at Safari Gardens, the man was only discovered trapped in his vehicle later that night when people heard his cries for help.

“Due to the semi-remote location, it was only later that evening at around 9pm that people heard his cries for help. ER24 paramedics arrived on the scene at 9.15pm and could hear the man, but could not see the vehicle due to the thickness of the foliage at the bottom of the cliff.

“A decision was made to try and reach the man from the bottom of the mountain. By this time the fire department was on scene and they, along with our paramedic, cut through the bush, managing to reach the bakkie by around 10pm,” he said.

He said the man was freed after the door of the bakkie was forced open.

“Luckily he was found to have only suffered minor injuries and was able to then walk out with some help to the waiting ambulance. The patient was then treated and transported to a private hospital for further care,” said Campbell. 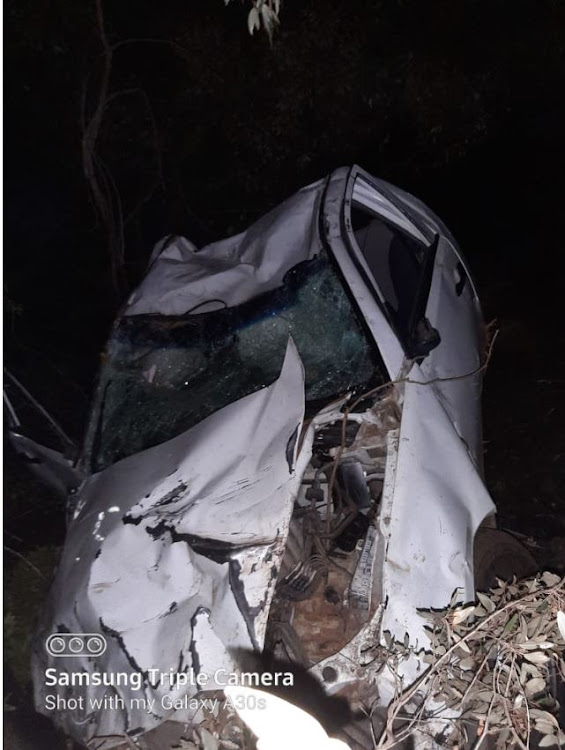 The wreckage of the bakkie which crashed down the 50m cliff at Rustenburg's Safari Gardens. The 21-year-old motorist escaped with minor injuries
Image: ER24