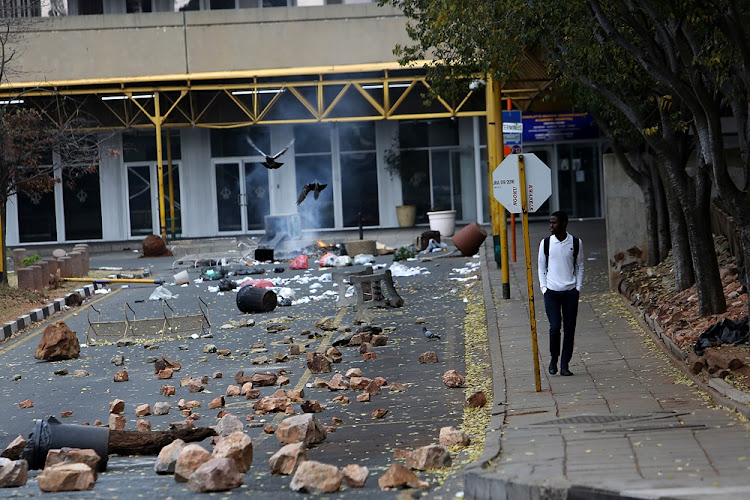 Entrances and exits were barricaded at Charlotte Maxeke Academic Hospital in Johannesburg on May 31 2018. File image.
Image: ALON SKUY

Forty Charlotte Maxeke Johannesburg Academic Hospital staff members who vandalised the facility during an illegal strike in 2018 have been found guilty in disciplinary hearings.

As sanction, they were given two months' suspension without pay and a final written warning, said Kwara Kekana, spokesperson for the Gauteng MEC for health.

Through video footage, the facility was able to identify 45 employees who were part of the strike. They were charged “for embarking on an unprocedural, unprotected and/or unlawful industrial action”.

Disciplinary hearings are ongoing for the other five employees. The hospital anticipates completing that process by the end of May.

During the illegal industrial action, the strikers threw refuse bags in the hospital foyer, disrupted hospital services and vandalised some parts of the building.

Health unions in Limpopo have suspended their plans to go on strike over a new roster following a meeting health with the provincial department.
News
1 year ago

Nurses have been singled out as the worst abusers of overtime and sick leave system in Limpopo, according to a study conducted by the provincial ...
News
1 year ago
Next Article