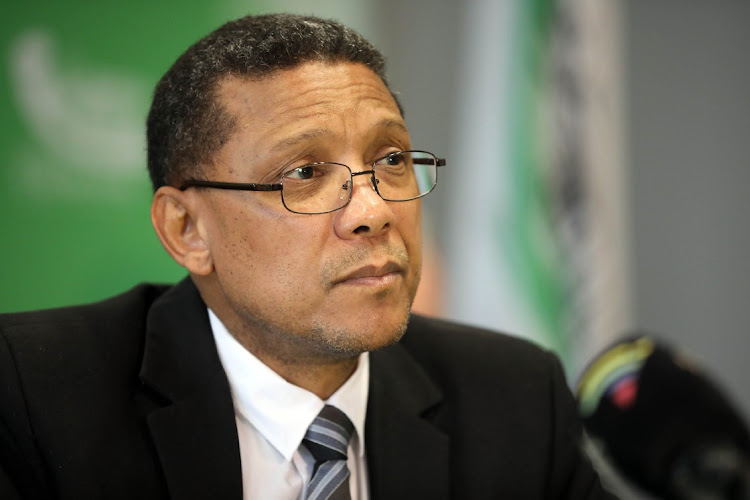 November 05 2020 Randall Williams , Tshwane Executive Mayor , during the press conference to highlight DA plans with his executive in the city of Tshwane , Gauteng
Image: ANTONIO MUCHAVE

City of Tshwane mayor Randall Williams announced during his state of the city address on Thursday that the upgrades at the Rooiwal Waste Water Treatment Works in Hammanskraal were almost halfway done.

Old infrastructure at the Rooiwal Wastewater Treatment Works is mainly to blame for the Hammanskraal water crisis that has lasted for about a decade.

"The first phase of the multi-year project to upgrade the Rooiwal Waste Water Treatment Works is on track and the overall progress is at 48%, with the contractor expecting to be more than 50% done by the end of this financial year in June," Williams said

Rooiwal  is the biggest water treatment plant in Tshwane, treating almost half of the city’s waste water.

Williams said it will remain in operation during the upgrades project which will run until 2026.

He said the multi-phase project will be undertaken to upgrade and improve the waste treatment plant which has led to sewage or poor treated waste water  getting discharged into the river, which feeds into the Leeukraal Dam, a source of water for Hammanskraal.

"For years a big issue has always been the lack of funding to adequately address the issues at Rooiwal. The full cost of the project is estimated at approximately R2bn," Williams said.

He said he visited the plant on Wednesday with water and sanitation minister Lindiwe Sisulu who committed that her department will provide funding for subsequent phases of the upgrading of the plant.

"She (Sisulu) was so impressed with the planning and progress that we have made that she has committed that her department will ensure that we receive all the necessary funding to ensure phase 2 and 3 run seamlessly," Williams said.

The SA Human Rights Commission has had to intervene in the Hammanskraal water crisis, and conducted tests with the help of the Council for Scientific and Industrial Research (CSIR)  which found that tap water in the area was not safe for human consumption two years ago.

Residents homeless after shacks are demolished

Thousands of residents of Mooiplaas informal settlement in Centurion, Tshwane, have been left homeless after their shacks were demolished during an ...
News
1 year ago
Next Article