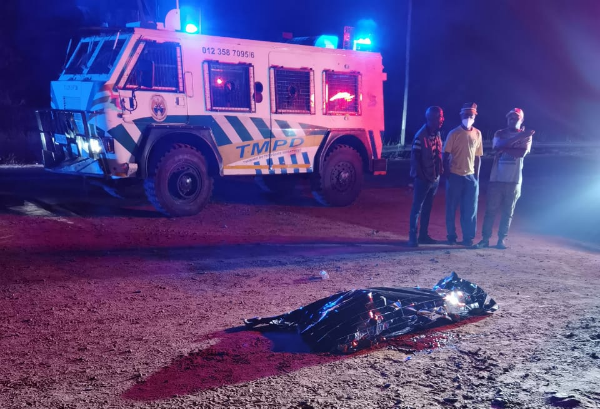 A man died when he was hit by a rubber bullet in Tshwane.
Image: Supplied

The Independent Police Investigative Directorate (Ipid) is investigating the death of a man who was hit by a rubber bullet as Tshwane Metro Police Department (TMPD) officers dispersed a crowd in Leeufontein, near Baviaanspoort.

The incident happened after a joint operation between the metro police, SAPS and the electricity department against illegal electricity connections in the area on Tuesday.

Ipid spokesperson Ndileka Cola confirmed that the directorate was investigating the matter.

TMPD spokesperson senior superintendent Isaac Mahamba said the incident was under internal investigation and a case of murder had been opened for investigation by SAPS and Ipid.

Mahamba said there had been a joint operation in which illegal cables worth about R800,000 were removed along with illegal transformers. Later that day, the TMPD received a complaint at 10pm that the community was doing illegal reconnections.

“A vehicle was dispatched to investigate. On arrival, the TMPD members found that the complaint was positive and that community members were busy with reconnections,” he said.

Mahamba said the crowd became unruly when they saw the officers, who called for backup. The crowd became more aggressive when backup arrived and allegedly threw stones at TMPD officers and their vehicles.

“The officers tried to disperse the crowd by firing rubber bullets. The crowd ran in different directions. When the crowd was cleared, one community member was lying unresponsive on the ground. It was discovered that he had been hit with a rubber bullet and unfortunately died instantly,” he said.

The Independent Police Investigative Directorate says it has taken over a crime scene in Dennilton, Limpopo, where a police officer allegedly shot ...
News
1 year ago

Former North West deputy police commissioner Gen William Mpembe and three other officers have been acquitted on charges relating to the Marikana ...
News
1 year ago
Next Article