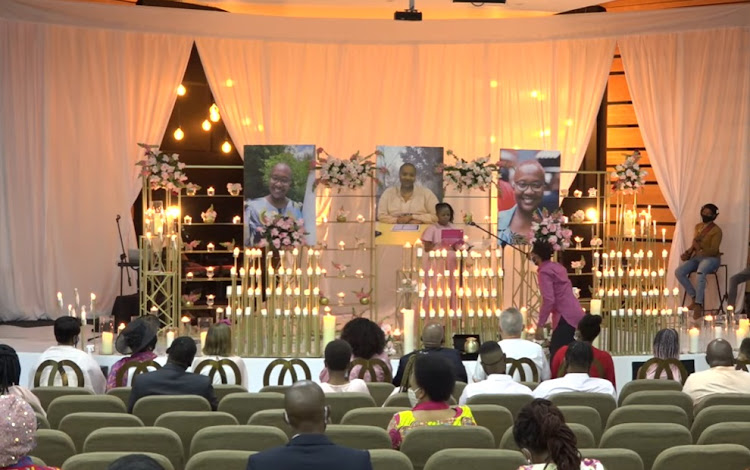 Van Zyl died on Saturday after a struggle with Covid-19. The 45-year-old medical doctor and mother spent two months in hospital.

The bubbly life of the duchess of healing Dr Sindi van Zyl has been celebrated at a virtual service on Thursday afternoon.

Van Zyl died on Saturday after a struggle with Covid-19. The 45-year-old medical doctor and mother spent two months in hospital.

During the service, Van Zyl was praised for her kindness and for being forever willing to use social media to educate the public about health issues. More than 7,000 people watched her memorial service that was held at a private venue. Mourners who attended wore pink in celebrating the life of a colourful human being.

Colleague Dr Cephas Chikanda said: “It has been the most difficult week of my life. Today we are celebrating a life well lived. What made her an incredible person is the way she loved. I learnt four things from her. She had a genuine interest in people. She was authentic, believable and relatable. She wanted to hear your story and she also shared her stories. She was generous in sharing information. Sindi was a loving person and appreciated other human beings.”

Nyaradzu Muguti, who went to school in Harare with Van Zyl, said: “We were in the same hostel and that is where we met.  We were friends for 31 years. My friend was unapologetic and fearless. She was very humble. She was always up, chatting with patients and giving them advice. The finer things she loved included designer clothing brands and perfumes. She lived her life to the fullest.”

Dr Lerato Masemola said: “I feel blessed to have known [her] on and offline. She is known as the people’s doctor; she gave free consultations. She worked day and night answering e-mails and direct messages on social media. She did this until the last days.”

The daughter of Rita Mahamba-Sithole and Muchadeyi Masunda, Van Zyl was born in Harare on April 3 1976. She decided at the age of four that she would become a doctor after accompanying her grandmother to the hospital. Studying a BSc in human physiology and psychology, and MBChB at the University of Pretoria from 1996 to 2005, she blossomed intellectually, socially and politically. Joining Radio Tuks in 1997, she began a lifelong love of broadcasting.

Van Zyl became an HIV clinician in public health, championing free access to antiretrovirals while working to eliminate mother-to-child HIV transmission. She married Marinus van Zyl in August 2004. Her victories include using social media and mainstream media to share HIV-related knowledge and other health information that was easy to understand. She loved medicine, radio and deejaying.

In 2018 she joined KayaFM to host Sidebar with Sindi, a talk show that combined her love for radio with her empathy, expertise and flair for conversation. She relished all her roles – mother, daughter, wife, friend,  sister, aunt, cousin, doctor, speaker, researcher, entrepreneur, student and social butterfly.