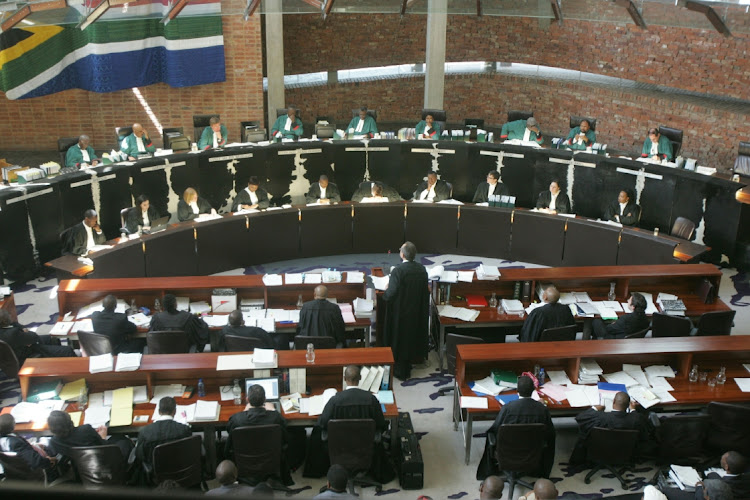 David Unterhalter said that it was for the commission to decide and that he saw his candidacy through the 'lens of service'.
Image: Antonio Muchave

Asked at the Judicial Service Commission (JSC) whether his excellent education was the result of white privilege, Gauteng judge David Unterhalter said this was “indisputable”.

But he said the question was: “What do you do with the privileges that you have? Do you seek to give back? Do you seek to use such advantages as you’ve had to help build a better society?  Or do you luxuriate in your privilege and simply parade it to no advantage other than your own?”

Unterhalter was one of eight candidates being interviewed for two posts in the highest court over Monday and Tuesday.

In his interview, he told the commission of the many black and women juniors he had included on teams when he was counsel, and of his ongoing role in training young advocates at the bar.

Supreme Court of Appeal deputy president Xola Petse had also praised his scholarship, forensic skill and how well he articulated his views during deliberations while he was acting on the appeal court.

However,  he was closely questioned on the fact that he had been on the bench only  since 2018 and yet sought appointment when there were others who had been there longer and had been through so much to get to that point — putting the JSC in a dilemma.

In the transition to democracy, SA had perhaps focused too much on reconciliation and not enough on transformation, said Gauteng Judge Jody Kollapen ...
News
1 year ago

Commissioner Julius Malema said: “You sit there, with the beautiful education you got ... in three years’ time [at the bench], you come and pass ... all these people, who have gone through poverty to be where they are. You pass them and you go to the highest court.”

Malema said other candidates may not have the same education that Unterhalter had because of the “background because of where we came from”. But they had worked hard to be here — and were also ready for appointment for the highest court.

“Because we are going to be heavily criticised to choose a white man against a black African female who has gone through the ranks, who has interviewed so well. But she doesn’t have what you have — for obvious reasons ... All these things you have, that come from the privilege you have, she doesn’t have all of that ... and you put us in that predicament,” said Malema.

Earlier the commission interviewed Supreme Court of Appeal justice Mahube Molemela, who impressed with her work ethic, the quality of her judgments and what Petse called her “fierce” independence — dissenting even as an acting judge at the appeal court and being vindicated in her dissent by the Constitutional Court.

In his interview in the morning, Supreme Court of Appeal judge Rammaka Mathopo told the commission of his rural childhood and how he had been unable to go as far as he wanted to with his education because he was one of 11 children and he put several of his siblings through school. Mathopo’s judgments have also been highly praised.

Unterhalter said that it was for the commission to decide and that he saw his candidacy through the “lens of service”. He suggested that transformation could be looked at in its different parts — part of it was the judiciary had to look like SA, part of it was to think about how judges think about the world. But it was also about “a kind of chemistry of what you want to do together”, in the larger constitutional project.

Gauteng high court Judge Bashier Vally was the final candidate to be interviewed — late into the evening. The JSC then decided that it would deliberate on which names to forward to President Cyril Ramaphosa on Wednesday morning. The JSC will give the president a list of five names from which he will choose two.

Gambling and hoteling group Hoskens Consolidated Investments (HCI) has lost a court battle it had brought against national lottery operator ...
News
2 years ago

Perhaps the biggest irony of former DA leader Tony Leon’s views on white privilege is how oblivious he would have been to the fact that as he was ...
Opinion
1 year ago
Next Article