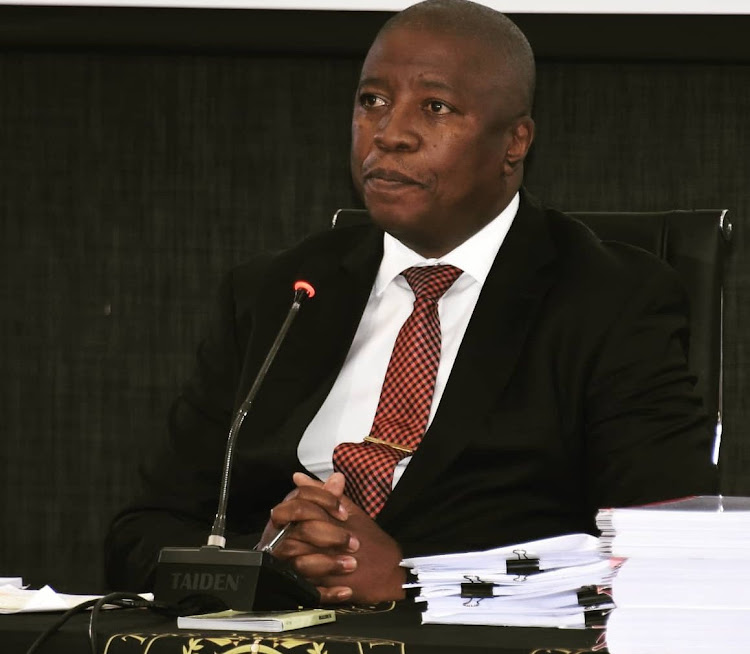 The exchange happened during Judicial Service Commission (JSC) interviews on Wednesday where — for the first time in years, perhaps ever — allegations of corruption and bribery have been a feature, since the emergence of a new phenomenon of unsubstantiated “lists” of corrupt judges circulated by anonymous accounts on social media.

In Ledwaba’s case, the allegation against him came from no less than former president Jacob Zuma, who said in a statement in February that there were judges “who have assisted the incumbent president to hide from society what on the face of it seem to be bribes obtained to win an internal ANC election”.

He was referring to the direction from Ledwaba — acting in his capacity as deputy judge president — that certain bank records remain sealed from public access.

Eastern Cape High Court judge Johannes Eksteen says he has not experienced toxicity at the SCA, despite recurring allegations over the years.
News
1 year ago

The bank statements were from the bank accounts of the #CR17 campaign that saw President Cyril Ramaphosa elected president of the ANC in 2017. Public protector Busisiwe Mkwabane relied on the bank accounts when she revealed that millions had been donated to the campaign and found that there was the risk of “some kind of state capture” by the donors, therefore directing that parliament require Ramaphosa to disclose the donors.

When Ramaphosa went to court to challenge the public protector’s report, his lawyers asked that the bank statements, which Mkhwebane wanted to put before the court as part of the record, be sealed from public access. Ledwaba directed that the records be kept sealed, but if anyone objected they could raise it in court. No objection was raised when the case was argued in court — including by the EFF who joined the case, but the party later launched a court case for the unsealing of the records.

In his interview for appointment to the Supreme Court of Appeal on Wednesday, Ledwaba explained that it was not he who had sealed the documents. Instead, he had managed the process because the parties could not agree on how to go forward.

He was told that third parties were affected and all he had done was say that this needed to be dealt with by a court, where everyone who was affected could be involved. But in the meantime, the documents would stay in the sealed envelope.

He had never seen the contents of the envelope, he said.

However, EFF leader Julius Malema, who is also on the JSC interview panel, suggested that the way the documents had been sealed — in a meeting instead of through an application in open court — had contributed to a “big problem where you have allowed the rumours to be spread and senior judges to be implicated and senior members of society”.

He said that, now, “anyone who wants to discredit anyone just throws a name that this one is in the CR17 documents — because it was not argued in a ... public court”.

Judge president Dunstan Mlambo said he was not on social media but he was shown a post where there was a poster of his face with a caption “judicial capture”. He said that the two had discussed whether they should avoid politically sensitive cases but had decided they would be shirking their responsibilities if they did.

Ledwaba confirmed this, saying there were matters in which the leadership should preside, adding that it was a long-held practice that judges president sit in matters involving the president, leaders of political parties or in which the public has an interest.

Ledwaba is one of 11 candidates interviewing for five vacancies at the Supreme Court of Appeal.

Former president Jacob Zuma suffered another court blow when the Supreme Court of Appeal (SCA) in Bloemfontein dismissed his appeal against a ...
News
1 year ago

The SCA's dismissal of former president Jacob Zuma's appeal against a judgment which ruled that the state is not liable to cover his legal costs has ...
News
1 year ago
Next Article