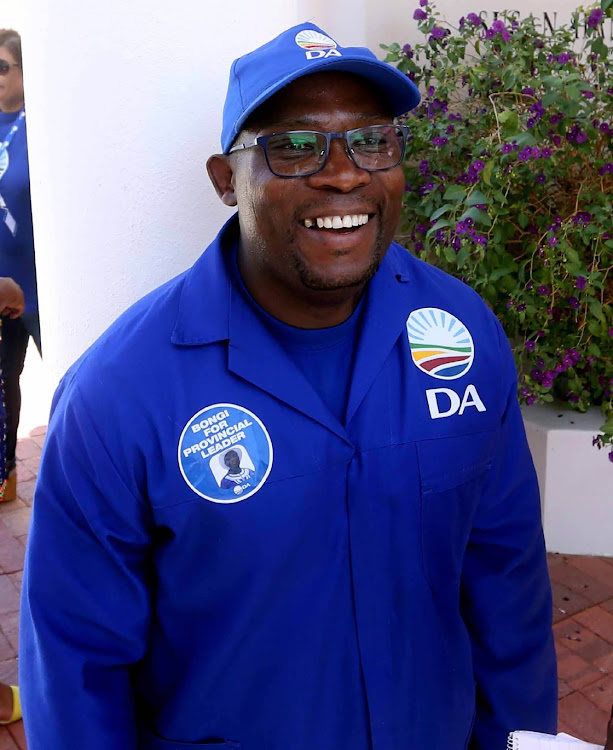 Bonginkosi Madikizela, the DA's Western Cape leader, claims he told the party he did not complete his degree. File photo.
Image: ESA ALEXANDER

DA Western Cape leader Bonginkosi Madikizela’s bid to become Cape Town mayor has suffered a blow after he was exposed for allegedly not having a BCom degree, as had been publicly stated.

DA chairperson of the federal council Helen Zille confirmed the party is officially investigating Madikizela after an article about his qualifications.

Daily Maverick reported on Tuesday that Madikizela did not hold a BCom degree in human resource management, as previously publicly stated by Zille.

In the Daily Maverick article he was quoted as confirming he had never finished his BA in HR management, but claimed that in his CV submitted to the party he had stated that fact.

Zille confirmed the matter was referred to the DA federal legal commission which investigates matters of misconduct in the party.

“The DA notes, with concern, the allegation that the CV of Bonginkosi Madikizela, the party’s Western Cape leader, claims a qualification he does not hold.

“The party regards this in a serious light and will follow due process in establishing the facts and taking consequent follow-up action. The matter has been referred to the DA’s federal legal commission for investigation,” Zille said.

Madikizela has long been viewed as Zille’s protégé in the Western Cape after he left the ANC and later joined the DA.

He worked with Zille while she was mayor and was later appointed MEC for human settlements.

Madikizela is now MEC for transport and public works. He was recently re-elected as Western Cape leader in a highly contested conference against provincial legislature speaker Masizole Mnqasela.

The conference was marred by a party investigation into claims made by Mnqasela about an alleged assassination plot in which Madikizela was fingered as allegedly having paid gangs to kill the speaker.

However, following an investigation, the party dismissed the claims against Madikizela.

The DA in Cape Town is poised for a tightly contested battle for mayor after Western Cape provincial leader Bonginkosi Madikizela confirmed he had ...
News
1 year ago

The EFF's Floyd Shivambu says there is no need for parliament to provide an official document stating the qualification requirements for MPs.
News
1 year ago

Twitter reacts to news that John Steenhuisen did not study beyond a Grade 12 certificate.
News
3 years ago
Next Article