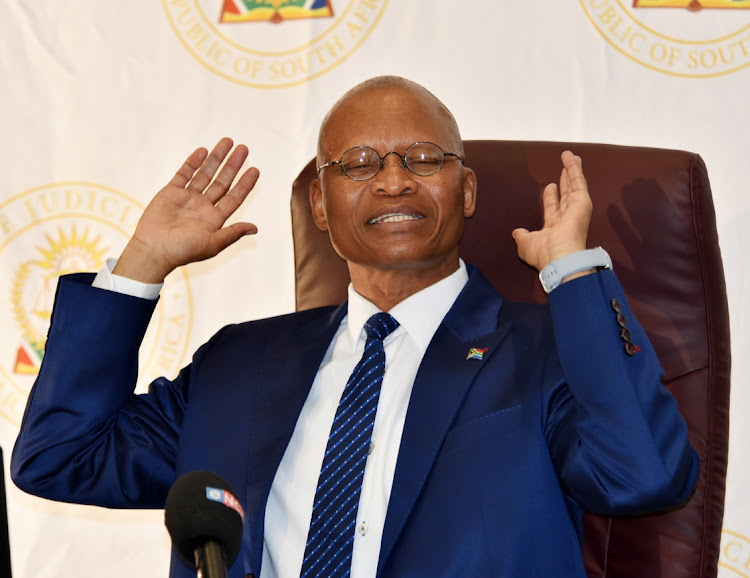 Chief justice Mogoeng Mogoeng revealed on Tuesday that former finance minister Pravin Gordhan had approached him to ask how “his close friend” judge Dhaya Pillay had fared after she had just completed an interview for a vacancy on the Constitutional Court.

The exchange occurred in 2015, when Pillay, who sits on the KwaZulu-Natal bench, was unsuccessful for a position on the court.

At the tail end of her interview on Tuesday for one of two current vacancies on the apex court, the chief justice raised the issue about her friendship with the then finance minister.

This came after EFF leader Julius Malema, and others, had questioned her relationship with him.

Pillay had conceded that they were friends, that they had been anti-apartheid activists in Durban and there was “no way I could not know him”.

ANC deputy secretary-general was scathing about judge Raymond Zondo’s conduct despite having apologised to him for similar attacks in February.
News
1 year ago

The chief justice said: “During the last interviews for the Constitutional Court and while the JSC programme was running, my office got a call from the office of the then minister Pravin Gordhan, seeking an appointment with me. I was a bit surprised. We had never met, except at a briefing by the minister regarding the true status of the fiscus and the need for cost-cutting measures.

“He came, I took a break. I don’t really know what the purpose of the meeting was. I don’t have a clear recollection. I think something about the tax ombudsman. But what stuck in my mind was he asked me a question: ‘How did my friend Dhaya Pillay perform?’

“We had just announced the results, it was public knowledge that you did not make it. This thing has stayed with me. It got renewed as Malema engaged you.

“Why did the minister make an effort to meet me? We are not friends. I don’t know him from anywhere except from television. Why did he make a trip to seek an audience with me to ask me how did ‘my friend’ perform?

Pillay said she was not aware of the interaction, which the chief justice acknowledged.

“From what you tell me, the decision had already been made,” she said.

“He was not aware,” the chief justice responded.

He agreed that the minister had simply asked how she had done, and did not say “anything like 'you should appoint her'”.

Judge Pillay said it must have come up in casual conversation.

“I am assuming, because I don’t know what he called you about. I know he would not promote me or any of his friends, specifically because of his high profile and that he would be accused of this.

“That is the extent to which I know. I would not rely on him to promote me at all. And our boundaries have been strictly observed. I can only say again, that he asked you in passing relating to other business and he was disclosing to you that he is my friend, which is no secret.”