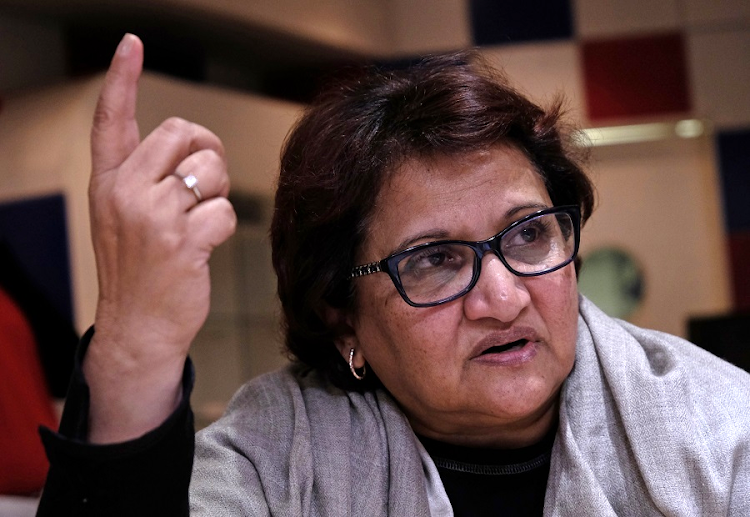 She told the officials, called the party’s top six, during their meeting with Zuma last month that “it’s not like we can’t see what’s wrong with Zondo”, and that if possible the former president should appear before a different judge.

LISTEN TO THE AUDIO HERE:

This is contained in a leaked audio clip of last month’s virtual meeting.

Duarte told the meeting she personally doesn’t support views that Zuma should appear before Zondo.

“Going to the commission under Zondo, personally I believe that is absolutely not a good thing for Comrade Zuma to do given the personal, historical and mechanisms that exist between them,” Duarte said.

“The unfortunate way in which judge Zondo presented himself after he presided as Comrade Zuma over his own case regarding bias and also made statements about ‘he’s not my friend’, I think it doesn’t auger well for a judge to go into that granular kind of detail.”

In February Duarte had to issue an apology to Zondo after she wrote an opinion piece attacking the inquiry.

In the article published in Daily Maverick, Duarte wrote: “More worrying is that democratic centralism is now the subject of a commission led by a judge who, with respect, practices his craft based on the narrow parameters of existing laws.

“One can only hope the Zondo commission is not going to turn our democracy into more of a neoliberal concoction than it already is; where we all sound the same and do nothing real to transform our society. I shall await my turn to speak without fear, without favour, but I know my words and the words of some in our society will not be received without prejudice. The testimonies provided at the Zondo commission of inquiry display a serious lack of appreciation therefore of the role party caucuses play within a democracy such as ours.”

In her apology she said it was not her intention to disrespect Zondo personally.

However, in the leaked recording of the March meeting, Duarte tells ANC officials it would serve no purpose if Zuma proceeded to appear before Zondo and there was a “very antagonistic way of the judge dealing with Zuma or vice versa”.

Duarte said Zondo has turned the commission into somewhat of a court of law.

She told the top six meeting that former ANC MP Vincent Smith, who she refers to as “a good friend”, was charged immediately after giving evidence at the inquiry.

Duarte said these were some of the “machinations” the commission was using to target certain individuals who gave evidence.

“The [former] president in his opening remarks about the mechanisations at the commission, that is because we ourselves have looked at those mechanisations, for example the fact that it is turned into a court, it’s no longer a commission. They have an almost prosecutorial attitude towards people who come to give evidence,” Duarte said.

“From my side, one of the things that shows there’s a problem is that a good friend of mine, [Vincent] Smith who was in parliament, discusses with us whether he goes to the commission or not and we say you must go. He goes there and a week later he is slapped with a criminal court case.”

Attempts to reach Duarte on Tuesday were unsuccessful. She had not responded to a text message sent to her.

Zuma has continuously defied the Constitutional Court which has ordered he appears and give evidence before the inquiry. His bone of contention is that he has a checkered history with its chairperson who has since shown bias against him.

Duarte came to Zuma’s defence, saying he had adequately explained his issues with the state capture inquiry and the judiciary as a whole.

Duarte also tore into chief justice Mogoeng Mogoeng over his recent remarks about Israel and seemingly pushing Christianity that landed him in trouble with the Judicial Conduct Committee.

Duarte said Mogoeng was her “greatest disappointment” as he “behaves as if he has no understanding of the constitution of the republic of SA, that he can dismiss the fact that even though his Christianity is preserved, is honoured, no-one will temper with it, he is the chief justice of people across the board and some of those, even if they are a minority, are not Christians and therefore he cannot change the nature of the state from its secular perspective into one where we become attached to Christianity”.

Duarte also said the entire judiciary had to be looked at as it has become obvious how each judge would rule when the ANC or its members are before it.