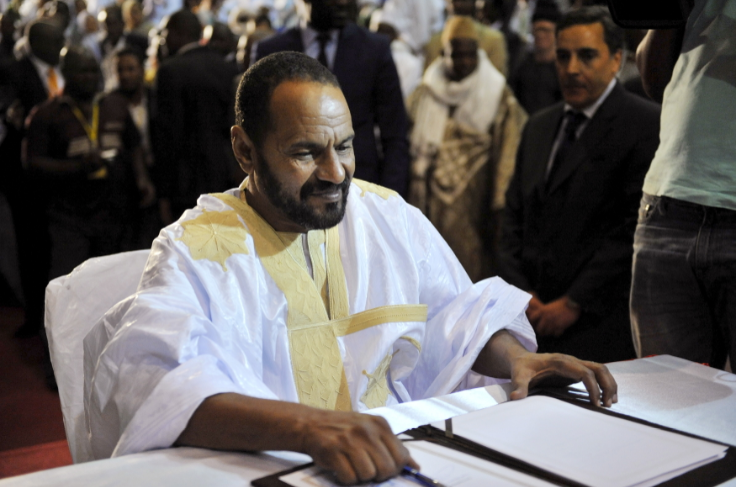 Mali's government confirmed that Sidi Brahim Ould Sidati died of gunshot wounds and said it would open an investigation into the attack. No one has claimed responsibility for the shooting.
Image: REUTERS/Stringer

The leader of Mali's Tuareg-led rebel alliance has died from gunshot wounds sustained in an attack by unidentified gunmen outside his home on Tuesday, a movement spokesman and Mali's government said.

He was taken to a hospital but died hours later from his wounds, Mohamed said.

Mali's government confirmed that Sidati died of gunshot wounds and said it would open an investigation into the attack. No one has claimed responsibility for the shooting.

Mali is going through a transition following a coup last year and the shooting could imperil the implementation of a 2015 peace accord which Sidati signed on behalf of the CMA.

The CMA is an alliance of rebel groups seeking autonomy for the desert region of northern Mali, which they call Azawad, where the semi-nomadic Tuareg people have long complained of government neglect.

It is one of the signatories of a 2015 peace deal, along with the government and a coalition of pro-government militia, which aimed to end years of instability in the region through a series of political and institutional reforms.

Implementation of the peace deal has been repeatedly delayed, but it remains in effect.

"This assassination will forcibly have an impact on the peace process, given (Sidati's) role and his engagement," said Redouwane Ag Mohamed Ali, another CMA spokesman.

A Tuareg rebellion and a coup in the capital in 2012 created a power vacuum in northern Mali that allowed Islamist militants to seize control before French troops intervened to push them out in 2013.

Mali has remained unstable since, as militants have regrouped and continue to carry out attacks despite the presence of more than 5,000 French troops and around 13,000 United Nations peacekeepers.

At least two people were killed during violent protests on Friday against the United Nations peacekeeping mission in eastern Democratic Republic of ...
News
1 year ago

It's been two weeks since the city of Palma in Mozambique was attacked by heavily armed rebel forces. The attacks continued until April 2, leaving ...
News
1 year ago
Next Article