Youngster now getting paid for her craft 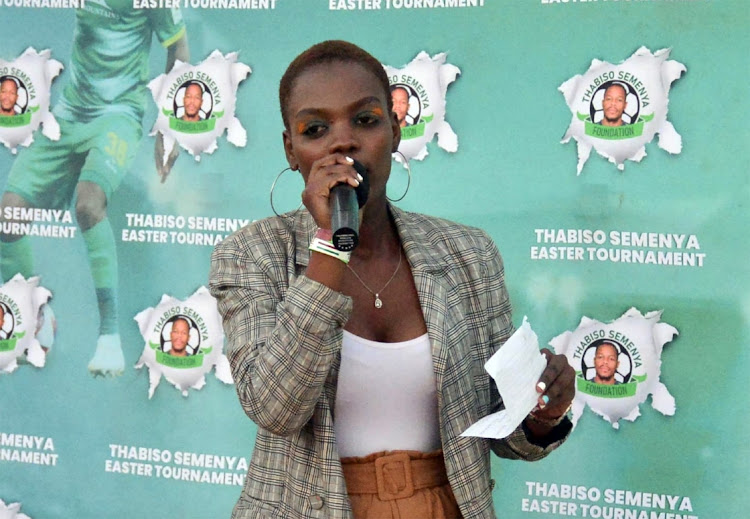 The 22-year-old from Moletjie in Limpopo went viral on social media after videos of her commentating in her home language of Sepedi surfaced.

“I’ve loved football since I was very young. My family loves football and Orlando Pirates is our favourite team, and I got my love for it from there,” she said.

Maite said when she was in grade 8 she recorded herself on her grandmother’s phone commentating for a game.

“When I was in grade 8 I recorded myself on my grandma’s phone and my aunt saw it. She took my recording to people who run festivals and I started to get gigs,” she said.

Maite, who has a diploma in building from Tshwane University of Technology, said she landed her first commentating gig when she was in grade 10, aged 16.

“I was scared when I did my first game but I was glad to have the support of my family with me,” she said.

“My biggest challenge has been social media. I was growing up and there would be people saying I am not good at what I do and I felt a bit bullied.”

Maite said one of her wins in her six-year career was taking part in the 2015 Easter tournament which was aired on radio.

“This made me realise that I shouldn’t care too much about what people are saying on social media about my talent. Now even people who don’t know me want to pay me to commentate.”

In future, Maite said she wants to be a TV and radio commentator and also present football awards.

“I think I have a good foundation and this can put me on TV and radio.”

Her uncle Matsobane Maite said as a result of her passion he has launched his own December football tournament.

“Since she started with her passion almost a decade ago I would be the one who would transport her. As a result I also now have a tournament each year called the Moletjie Annual Festive Tournament where she is the key commentator,” said Matsobane.

It has been exactly twenty years since 43 supporters were trampled to death and many others injured in a stampede triggered by huge crowds at a ...
Sport
3 weeks ago

Many of us strive to be the substance of all human virtues. To be everything good that we possibly can be or would like to be – the best achiever, ...
Opinion
3 weeks ago
Next Article