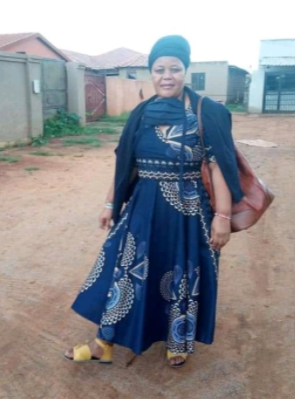 Jostina Sangweni was badly assaulted and then set alight in Soweto last month after being accused of being a witch.
Image: Twitter / @ntokazee_enhle

Two men on Monday made a brief appearance in the Protea magistrate’s court in Soweto for the brutal murder of a mentally ill woman in Mapetla.

The pair, Taelo Dipholo and Collen Sello, were arrested at the weekend, the National Prosecuting Authority (NPA) said.

The victim has been identified as 59-year-old Jostina Sangweni.

“Sangweni was allegedly burnt by members of the community following accusations that she was a witch. It is alleged that she was attacked for wearing a traditional healer's attire,” said NPA spokesperson Phindi Mjonondwane.

“The NPA is working closely with the police to guide the ongoing investigation into her death and the possibility of more arrests cannot be ruled out at this stage,” she added.

Sangweni’s last moments alive were captured on a video which went viral on social media in March , shortly after the incident.

In the five-minute-long video clip, two men can be heard accusing her of being a witch after finding her in their yard.

Sitting on the ground, dressed in sangoma regalia, a visibly shaken Sangweni pleads for forgiveness as she is confronted by one of the men.

Clutching a plastic bag, a confused Sangweni explains that she is hiding from someone who is trying to shoot her.

Another is heard speaking on the phone, telling a person on the other side of the line that they have discovered a witch on the premises.

Sangweni is seen being insulted and assaulted, with one of the accused spitting on her as she maintains that she is not a witch and pleads for forgiveness. The two men confronting her can be heard threatening to shoot her and set her alight.

She was eventually burnt and sustained serious injuries. She died at the weekend after several days in hospital.

In an interview with eNCA, her family confirmed that she had been diagnosed with dementia. They called for more education on mental illness.

The case against Dipholo and Sello was postponed to April 20 for them to source legal representation while Sangweni was to be buried at the weekend.

Gauteng police commissioner Lt-Gen Elias Mawela welcomed the arrests and urged the investigating team "to leave no stone unturned" until the ...
News
9 months ago

Section 15 of our Bill of Rights protects everyone’s right to freedom of religion, belief and opinion. Unlike the apartheid era, this section of our ...
Good Life
10 months ago
Next Article