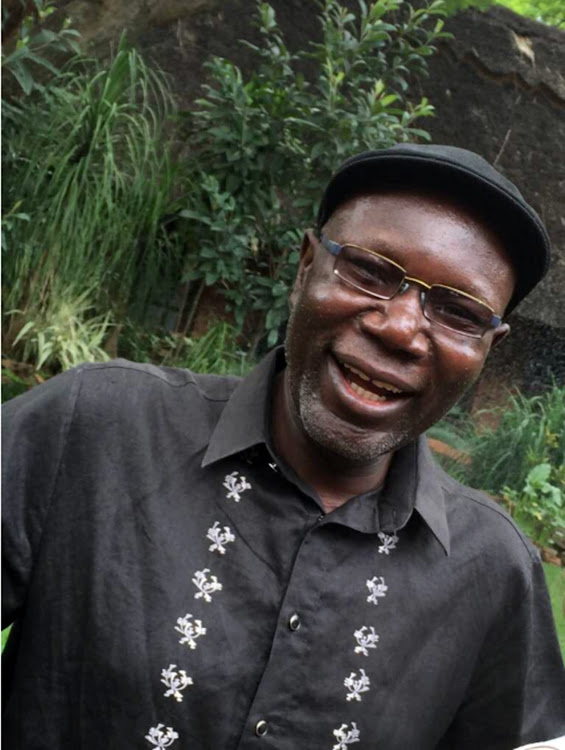 For Ignatius Mabasa writing his PhD thesis in his Shona home language was a stand against colonial thinking.

The 50-year-old renowned Zimbabwean writer and poet is the first student at Rhodes University to be awarded a PhD after writing his thesis in Shona, his country's largest language.

"Language is a mental health issue. Language comforts, connects, assures and humanises us. We communicate using language, and we communicate to make sense, to change, to celebrate, to heal, to unite, to bond, to understand and be understood," he said.

Mabasa, who is known for literary classics such as Ndafa Here? and Mapenzi said before tackling his thesis at Rhodes University other universities were intimidated by him writing in Shona.

His thesis which was submitted in the African Language Studies Section in the School of Languages and Literatures is titled “CHAVE CHEMUTENGURE VHIRI RENGORO: HUSARUNGANO NERWENDO RWENGANO DZEVASHONA". In English, the title equates to "the folktale in confrontation with a changing world: a Shona storyteller’s autoethnography". He said it took two and a half years to complete the thesis.

"The topic of my PhD was inspired by the need to share how a deceptively simple song composed around 1890 by colonised natives is an example of othered knowledge. My thesis is a demonstration of indigenous epistemic perspectives and critical thinking in action. It took me two and half years, thanks to Covid-19 lockdown, to write the thesis," said Mabasa.

He said the main challenge to writing was translating deep philosophical scholarly ideas into Shona.

"I hope this will be the beginning of a decolonial movement that gives birth to diverse and inclusive multicultural theories. I believe it will make the marginalised aware of identity politics and start engaging with, and speaking to experiences shrouded in silence.

"Decolonisation is part of the solution to the problems Africa is facing today. I hope our academic, economic, cultural and political institutions will cease to be ivory towers and come to value and mainstream indigenous knowledge as a relevant framework."

He said incidents such as Ndebele rights activist Thando Mahlangu being kicked out of a mall in SA is just the tip of an iceberg of struggles that black people have to face everyday.

"To me this confirms that we have a long way to go not only when it comes to being tolerant of our differences, but also giving each other space and respect to be who we are. Diversity is a God-given."

Mabasa will be graduating later this month.

A team of experts is helping the University of Pretoria contain an outbreak, while cases are low at Wits and Stellenbosch.
News
4 weeks ago

With the imminent elections of school governing bodies, it is apposite to pose the question whether these structures are a boon or a bane to the ...
Opinion
1 month ago
Next Article