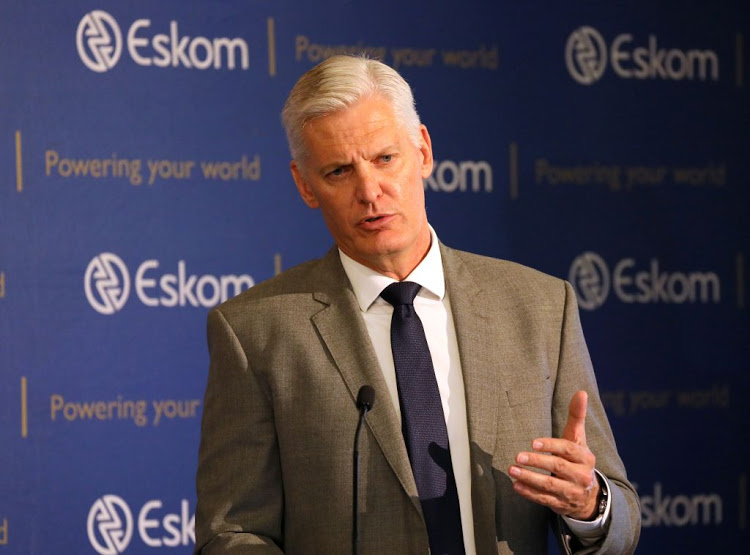 Parliament's public finance watchdog has decided to suspend its inquiry into Eskom and its boss Andre de Ruyter.

This comes after the power utility decided to conduct its own investigation into allegations of racism and mismanagement at the utility.

The standing committee on public accounts (Scopa) announced last month that it would hold an inquiry into the power utility based on the company's financial statements for the 2020/21 financial year and investigations by the Special Investigating Unit (SIU).

The committee had also received correspondence from Eskom's chief procurement officer Solly Tshitangano containing a slew of allegations, including of financial irregularities and racism, against De Ruyter. Scopa said the claims had a material bearing on the financial management or mismanagement at Eskom.

“The committee will be investigating the very serious allegations levelled against the group CEO [De Ruyter] specifically, as well as procurement and contract management in general. The GCEO will be granted an opportunity to respond to those allegations,” said Scopa at the time.

The Eskom board offered a guarantee that Ishmael Semenya would be afforded any assistance he needed.
News
1 year ago

Eskom board chair Malegapuru Makgoba had confirmed to Scopa that he had received the complaint from Tshitangano, with the allegations being raised with the Eskom board as far back as February 2020.

On Wednesday, Scopa chair Mkhuleko Hlengwa told MPs that he had received a letter from public enterprises minister Pravin Gordhan, who indicated that Eskom was investigating the matters that the committee was going to investigate.

Gordhan requested that Scopa suspend its inquiry because the power utility was investigating the same matters.

Hlengwa said the allegations against De Ruyter had a material bearing on the work that Scopa was doing because they spoke to issues of alleged financial mismanagement.

“That's the context. The seriousness of those allegations require attention,” he said. But the fact that Eskom had launched an investigation, after Scopa's announcement of its intention to probe the company, was credit to the committee.

“It's clear that the investigation that Eskom is doing is at the behest of the pressure that the committee has applied by setting into motion and saying, 'Look a process will be done,'” said Hlengwa.

He said the committee was not surrendering its responsibilities by suspending its own inquiry, and that it would interrogate the Eskom process to ensure it was not a whitewash, was not biased and was not malicious compliance.

ANC MP Mervyn Dirks said it was a dilemma and that it was disingenuous for Eskom to announce and conduct an investigation after Scopa's announcement of an inquiry.

“If we continue it would be a waste of state resources,” said Dirks. “Because we are responsible MPs and there is nothing personal, I would suggest that the committee considers suspending our investigation and wait for the outcome of the Eskom inquiry,” he said.

The EFF's Veronica Mente was vehemently opposed to the suspension of the inquiry, saying the committee's mandate was not the same as Eskom's.

“I don't know why we think Eskom will do our work as a committee of parliament. I am very much against us not going ahead with the inquiry and ensuring that we satisfy ourselves in terms of being the watchdog of the public purse and also deal with matters that came to our attention through financial reports and the SIU report,” she said.

Eskom board has resolved to launch an investigation into racism allegations levelled against chief executive Andre de Ruyter by one of the power ...
News
1 year ago
Next Article